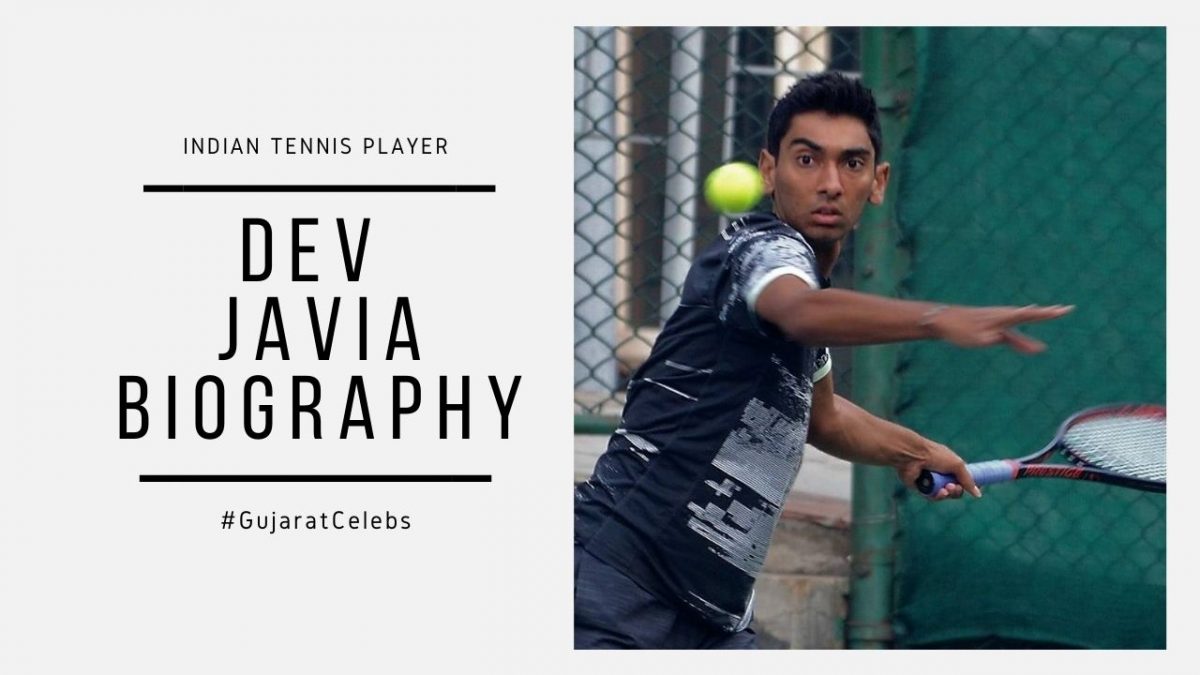 Dev Javia, a 17-year-old kid is an Indian tennis player, competing in the junior boys’ international tennis tournaments. In such a short time, he has created a good name and fame for himself with his exemplary skills and achievements. Indias have immense hope in this young lad. We are looking forward to seeing Dev Javia making us all proud of its success in the international tennis championships. Recently, he stood as the national champion at the 27th MCC national junior U 18 Clay Court Championship. Read this engaging Dev Javia Biography about this young boy to know more about his personal and professional life.

Coming from a small town called Ankleshwar in Gujarat, this left-handed guy was passionate about sports from his teenage years. Seeing his keen interest, his parents enrolled him in a coaching institute in Vadodara. That’s when his journey in tennis courts began.  Currently, Dev Javia holds 54th position in the world junior boys tennis championship besides pursuing his education in the United States. It is a matter of great pride for an Indian boy to get admission into one of the prestigious universities in the US and simultaneously ensure a secure career for himself.

He was India’s number 1 in Under-12 and Under-14 and has since then gone ahead to represent India in various competitions in Bangkok, Vietnam, and Qatar. He won titles in Indore, Mumbai, Kolkata, and Hyderabad in 2016 in the Road to Wimbledon 2016 campaign and later turned out in the sub-juniors Under-14 level at Wimbledon that year.

Recently, this talented boy has won gold at the Boys Under-17 campaign at the Khelo India Youth Games to continue his streak. Somdev has proved his passion and dedication towards tennis by winning back to back NCAA singles titles, beating established tennis players like John Isner in one final. Somdev returned to the professional circuit, winning a bunch of titles including the Lexington Challenger in 2008.

Till now, none of the Indian sports players, from the American universities have secured as much success as Somdev has. He won the Asian games and commonwealth games gold medals besides others. What is astonishing about this 17-year-old boy is how he has skillfully balanced his professional and academic life in the US. Dev Javia, who’s presently in the 133rd position in the ITF list, aims to turn into a professional and secure a position for himself in the top 100. He is putting in efforts to train and develop himself into a physically fitter person. He is pretty clear with his goals. Dev wants to become a pro, breaking into the top 100 list and consistently compete in Grand Slams.

Besides competing in the juniors list to gain the Grand Slam experience, he would also compete in the men’s list from this year to develop a stronger base. In short, Dev Javia is looking forward to improving his game and fitness by all means.

So, Dev is an extremely humble lad, who is in touch with his trainers and parents to ensure that he gets the best possible guidance and support at this crucial time of his career. He might look frail and weak but he becomes an altogether different person when it enters the tennis court. Groomed from a very young age by coach shrimal Bhatt in Ahmedabad, Dev Javia has received quality training since then. Recently, his coach at the impact academy is Stephen Koon in Thailand. Nothing worthy can be achieved in life without taking challenges and risks. It’s great to see a talented guy like dev making it big in life at such a tender age. He has chosen this path with so much dedication that it doesn’t look risky for him anymore.