What is the key of the acting stars for keeping their stardom and success from decades to decades? This answer can be given with only one word that is ‘hard work’. Check out Dhruvin Shah Biography in this article. 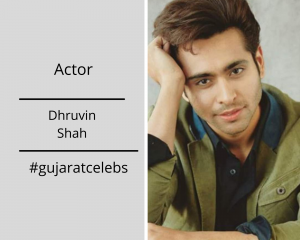 Yes, besides showcasing the talent this is the only key to fame and success. And when this two combination collaborates, a new star born and shines in the silver screen.

Dhruvin Shah is such a star like these who has paved his way for success through diligence and showcasing his talents.

Dhruvin Shah belongs to a Gujarati family. From his early life, he had an immense interest in acting and behind the silver screen, both. Also, Shah worships StanisLowski, regarded as the father of modern acting.

Therefore, he decided to pursue his career in acting and went to New York Film Academy for an acting course. Being a self-made star, Dhruvin stated he has always been his worst critique.

From his early life, he is involved with theatres and he always scrutinizes and evaluates his performance to bring out the best of himself.

Dhruvin first made his debut with the Gujarati romantic thriller film ‘superstar’, directed by Bhavin Wadia in 2017, that also starred popular T.V. actress Rashami Desai. His acting was praised by critiques and he got recognition and fame as a star. This endowed actor got the golden opportunity to work in Hollywood that’s been a dream of every actor. 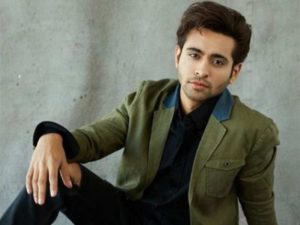 In 2019, he starred in the movie ‘Chaotic Paradise’ and followed by in 2020 he got another opening to his next Hollywood project ‘The World Next Door. Dhruvin has proved his artistry in acting that paved his way crossing the country and reach it to Hollywood. Now as a producer he has started his new journey.

Along with acting and producing films this youngster is an entrepreneur too. How amazing! Now Shah is busy with his upcoming Hollywood projects and his produced films.

In an interview, Dhruvin also shared an interesting fact about his life. He is a Black Belt martial artist in Korean Kung FU, MoorimGoong.

In his social media and Instagram handle, he shares a daily glimpse of his fitness routine and work updates. Surely, Dhruvin Shah is an inspiration to the young generation of India!

I have experience of 6 years in a content writing of many talents, whether it's providing a long-term blog or articles content, social media, biography, or writing website/advertising copy. My attention to detail is excellent and on-time work and my grammar and vocabulary are impeccable. I particularly enjoy jobs that require a high level of accuracy and focus, as well as jobs that allow me to use my writing skills to their full extent. I have written about dozens of topics and am a quick learner on new areas of focus.
Previous PARESH RAWAL RETURNS TO DHOLLYWOOD AFTER 40 YEARS WITH HIS PLAY-TURNED MOVIE DEAR FATHER
Next C. R. Patil Biography | Family | BJP Politician | Age | Net Worth