Falguni Pathak, widely popular as the Indian Madonna is an Indian folk song Artist, a performing artist, and a composer residing in Mumbai. She composes music that is generally based on traditional music forms that specially belong to Gujarat. Falguni made her professional debut in the music industry long ago in 1987 and gradually evolved as an artist with a huge fan base. She is also popularly known as the queen of dandiya. Once Falguni Pathak was asked how did she decide to take up singing as her profession to which she answered that it happened incidentally. This article tells you more about her personal, professional, and early life. So checked here Falguni Pathak Biography

We all know, Falguni Pathak has a boyish appearance. It might be because of her parents who wanted to have a son. When Falguni was a kid, she used to listen to the radio a lot and eventually an urge for singing developed in her. She appeared on stage for the first time when she was only 9 years old at the INS udaigiri ship on the eve of independence-day of India. There she sang “Laila o Laila” from the movie Qurbani. Falguni Pathak comes from a Gujarati family. Since her childhood days, she grew up listening to Garba songs and Gujarati music which made her inclined towards this genre. Her mother used to teach her Garba folk songs when she was young. Gradually, she started singing at the Navaratri events as a chorus singer.

Falguni Pathak did her B.com from Smt. M.M.K college of commerce and economics in Mumbai. She made her debut in the music industry with the song ” kya mil Gayi dusri”. The song was sung for the film Andhiyan which released in 1990. However, Falguni Pathak’s debut music album released in 1998. She got thoroughly trained under Bhavdeep Jaipur wale for consecutive 5 years. Not only that, but she also received training in traditional folk music from Diwaliben Bhil. 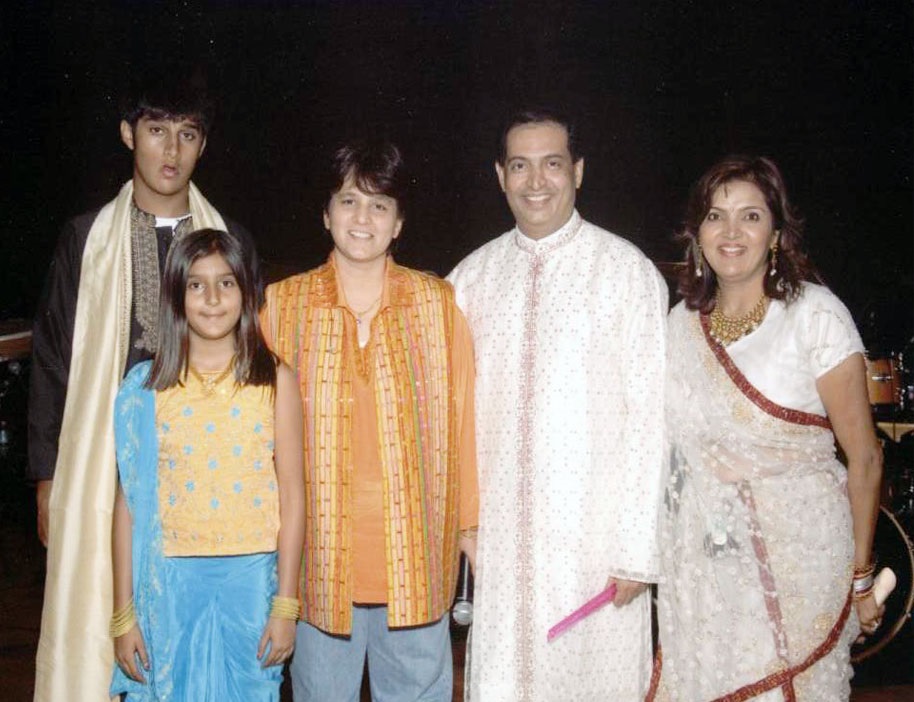 Even since her professional debut in the music industry in the year 1998, she has received lots of acclamations and love from the audience. She has a lovely voice and people have huge admiration and respect for her. Over the years, Falguni Pathak has sung innumerable Hindi and Gujarati songs. Needless to say, her Navaratri songs are extremely famous.  She also has performed at live concerts in India and abroad too. The very popular band Ta Thaiya supports her. Apart from singing in domestic and international events, she has even appeared on several Hindi television serials.

One of her most popular Navaratri songs is “Indhana VinvaaGay iThi More Saiyan.”. she has become extremely popular among the Gujaratis because of her amazing folk songs.

Some of her popular songs are 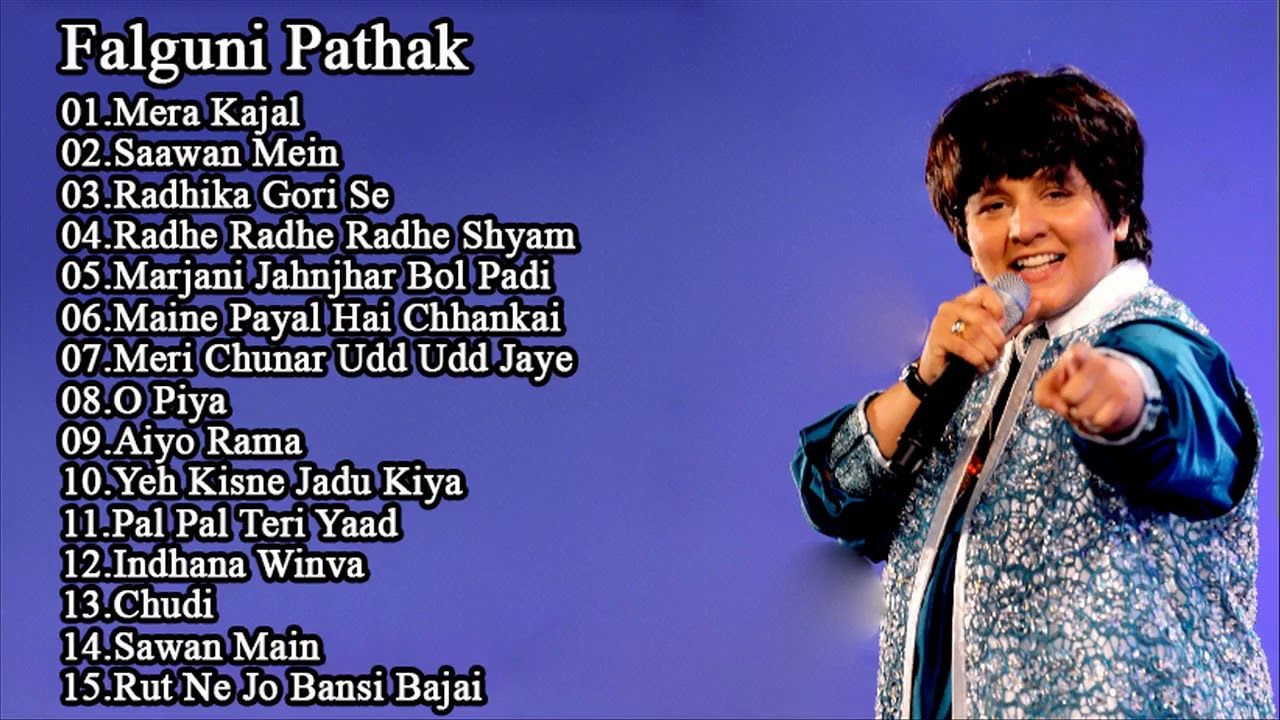 In an interview of 2013, it was found that Falguni Pathak would earn approximately 2 crores during that year’s Navaratri festival. She was reportedly offered 22 lakhs each day for performing. It goes without saying that Falguni Pathak has earned a lot of awards to her credit. She won the ‘International Viewer’s Choice Award for MTV India’ for her Pop song “Maine Payal Hai Chhankai in 2000 and the Dadasaheb Phalke Excellence Award in 2017.

Once in an interview, Falguni Pathak was asked why she never tried her ability luck in Bollywood playback singing like other playback Singers. To this, she replied that Bollywood has an extremely competitive atmosphere and she doesn’t want to get drawn into that much. As such she is a very peace-loving person who loves to stay away from controversies and paparazzi.

As we have already listed, Falguni Pathak has some amazing Bollywood and traditional folk songs to her credit which are still popular and still loved by Indian people. Her albums too are extremely popular among music lovers, especially because of the love they depict and deliver.

I have experience of 6 years in a content writing of many talents, whether it's providing a long-term blog or articles content, social media, biography, or writing website/advertising copy. My attention to detail is excellent and on-time work and my grammar and vocabulary are impeccable. I particularly enjoy jobs that require a high level of accuracy and focus, as well as jobs that allow me to use my writing skills to their full extent. I have written about dozens of topics and am a quick learner on new areas of focus.
Previous Bhakti Kubavat Biography | Age | Family | Movie | Life Story
Next Narendra Modi Biography, Wife, Family,Political Life, Education, Salary