Gujarat Celebs December 18, 2020 Blog Comments Off on Famous Personalities Who We Lost due to COVID-19 92 Views

The year 2020 did not want to remain as only a beginning of just another decade. It wanted to be something more, and it became so. As we are standing almost at the edge of 2020, it is needless to say that we are just lucky to be alive. The year seemed longer and worse with every passing day, every passing month. The world stuck at a point and could not move.

It is a year that has been titled as the worst the earth faced in a century, quite literally. With COVID-19 or Coronavirus, the pandemic felt unending. Yet, it put an end to numerous lives, including some of the popular names that no one thought would be lost to the virus forever. The world lost famous personalities who used to be idolized by hundreds of thousands of people. Some of them have been talked about below. 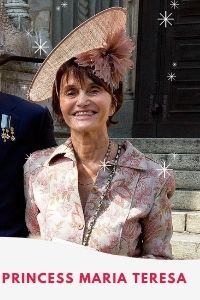 The Spanish princess was born in Paris in 1933. She was a professor, writer, socialist and political activist. The princess belonged to the House f Bourbon-Parma, a cadet branch of the Spanish royal family. Because of her social works, she was named “Red Princess”. She had raised her voice time and again for women’s rights. Her liberal socialist views and royal title made her acquaintance with many eminent personalities such as Francois Mitterrand, Andre Malaraux, Yasser Arafat, and Hugo Chavez.

Maria Teresa acquired Spanish nationality by royal decree in 1981. On March 26, 2020, this 86 years old lady died due to COVID-19 in her birthplace Paris. 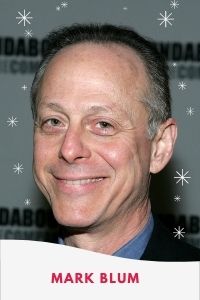 The renowned American actor died on March 25, 2020, due to the killer virus. He was a brilliant actor who worked in films, television, and theatre. He was also a video game artist. His acting career started in the 70s, and he finally got work in movies in the 80s. Some of his famous films include Desperately Seeking Susan, Crocodile Dundee, and Step Up 3D. Among his many television series Capital News, Mozart in the Jungle, and C.P.W remain most popular. 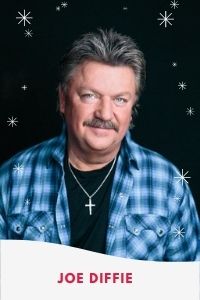 The popular singer was born in 1958 in Tulsa, Oklahoma. Along with, being a brilliant singer, Diffie was a songwriter, recording artist, and an amazing musician. He was 61 years old when he tested positive for the coronavirus. He took his last breath on 23rd March 2020, in Nashville, Tennessee. 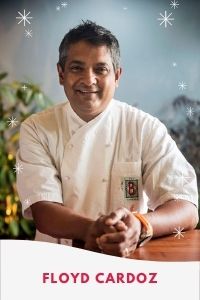 This Mumbai born American chef was renowned for his amazing personality. He was a television persona as well as an author. On completion of his Hotel Management course, he went to Switzerland and was skilled in Italian and French cuisine. Later, he moved to New York to work under internationally well-known chef Gray Kunz.

He started his own restaurant in New York that is famous for Indian dishes with a western touch. Cardoz had also partnered with Bombay Sweet Shop, The Bombay Canteen, and O Pedro. He is the author of two cooking books and was nominated 4 times for James Beard Award. Cardoz was also one of the co-founders of Hunger Inc. Hospitality in Mumbai. He passed away in Montclair, New Jersey. 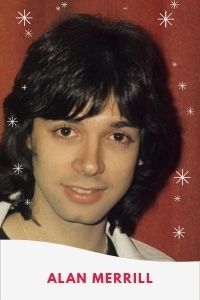 The New York Born singer-actor passed away at the age of 69. He was a multitalented American singer who was also popular as a songwriter, vocalist, musician, film actor, model, television actor, and presenter. He died of the virus on March 29, 2020. 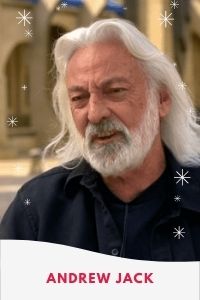 Andrew was born in London in 1944. He was a dialect coach and an amazing voice artist. He acted in many films, including the Star Wars film series, Indiana Jones, The Last Crusade, etc. He worked as a dialect coach for famous movies such as Lord of the Rings – Trilogy, Man in Black: International, Dolittle, Avengers Endgame, Thor; Ragnarok, and many more. He died in England on 31st March 2020. 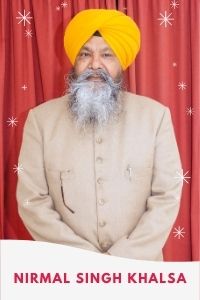 This famous Punjabi singer had been well-known for his contribution to music. He was a Ragi, musician, and talented music teacher. He had served as a Hazooti Ragi at Darbar Sahib, Amritsar. He used to teach music at Gurmat College in Rishikesh. He worked as a Hazoori Ragi in the Golden Temple since 1979. He was a brilliant kirtan performer and had performed in more than 50 countries. The renowned musician was honored with Padma Shri in 2009. 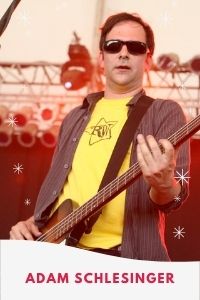 This American singer had been a great musician, songwriter, music composer, and record producer. He associated with the rock band, Fountains of Wayne and Ivy. He used to perform bass for Fountains of Wayne. He also wrote “That Thing You Do”, which was released as a movie in 1996 starring Tom Hanks. He won 3 Emmys for his incredible creations. The talented musician died at the age of 52 in New York. 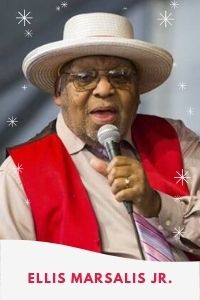 Born in 1934n in New Orleans, Louisiana, Marsalis was a famous musician, educator, and record artist. He was a jazz pianist. His career started with “The Groovy Boys” in the 70s. He played with renowned modernists such as Cannonball Adderley, Nat Adderley, and Al Hirt. He became one of the most famous and respected pianists in jazz. He worked as a leading educator at the New Orleans Center of Creative Arts, the University of New Orleans, and the Xavier University of Louisiana. He has achieved various honors and has inspired a lot of musicians. He passed away on 1st April 2020. 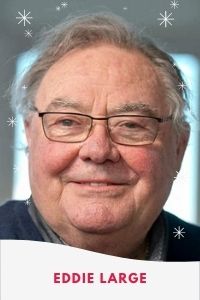 Edward Large, popularly known as Eddie Large, was a famous television personality and autobiographer. The British comedian was well-known for BBC1’s comedy show “The Little and Large Show”. He has also acted in English dramas, “Blackpool” and “The Brief”. He launched singles named “Je t’aime… Moi non plus” via Serge Gainsbourg entitled “Gee Musky… Moi Non Plus”.

The actor was already suffering from kidney and heart problems when he has tested positive for COVID-19. He died in Bristol on April 2, 2020. 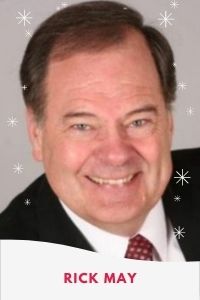 Richard J. May was born in Seattle in 1940. He was a video game artist, voice artist, radio artist, radio personality, teacher, theatre actor, and theatre director. This multitalented personality is popularly known for his voice participation in the video game, “Team Fortress 2”. He suffered from a stroke before being tested positive for the coronavirus. He died on April 13, 2020. 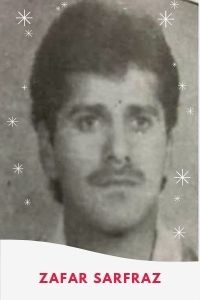 The Pakistani cricketer was born in Peshawar in 1969. He is well-known for his performance on the pitch. The talented player passed at his birthplace at the age of 50 on 13th April 2020. 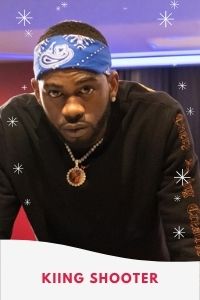 Born as William Daniels in Long Island, New York, in 1995, the Americal rapper was a famous singer, musician, and recording artist. He started performing in 2015. He was officially launched in Dave East’s record label, “From The Dirt” in 2018. On March 13, 2020, he released his first studio album, “Still Outside” which remains his first and last album to be released. The young and talented figure died at the age of 25 on 5th May 2020. 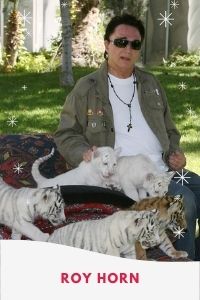 This American magician was born in 1944. He was a member of the magicians’ group, Siegfried & Roy. In 2003, during an act with a white tiger, he got seriously injured and was paralyzed for almost 2 years. Although, he made a final reappearance in 2009. At the age of 75, Roy died in Las Vegas. 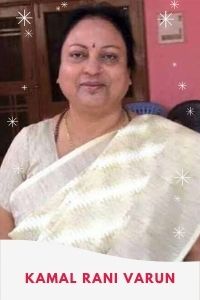 Born in Lucknow in 1958, Kamal Rani Varun was a politician. She was MLA since 2017 and became a Cabinet Minister in 2019. She was a supporter of the Bhartiya Janta Party. She passed away on 18th July 2020. 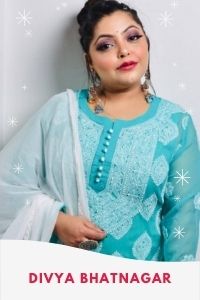 Divya was born in Delhi in 1086. She was an Indian television actress, film actress, and production manager. She had also worked with an English thriller “Natasha” in 2007 as a production manager. She has acted in shows like “Yeh Rishta Kya Kehlata Hai”, “Vish”, “Jeet Gayi Toh Piya Morey”, etc. The young actor died of COVID-19 on 7th December 2020. 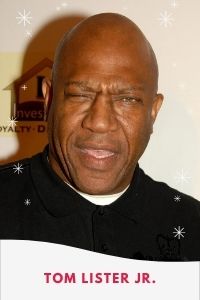 Born as Thomas Duane Lister Jr. in California in 1958, the actor was well-known for being a wrestler and voice artist, too. He has also worked in television shows and music videos. He has worked with Michael Jackson, Akon, Sublime, 50 Cent, and many other singers. The talented artist died on December 12, 2020, at his home, in Marina Del Rey, California. 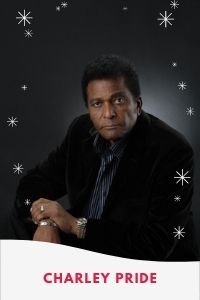 The American singer and musician were born in 1934 in Mississippi. He was an amazing musician and recording artist. He even used to play baseball. Since his childhood, Pride wanted to become a baseball player. His dream was fulfilled in 1952 when he played as a pitcher in Memphis Red Sox. Later, because of his injury, he could not continue with baseball.

Singing was never taken as an option by him. He was mostly forced to sing by his friends in matches and picnics. In 1958, Pride finally agreed to record some songs. After the release, he became popular. From then on, he continued singing.

Pride received numerous awards, including Grammy in 1971. He died on 12th December 2020 due to the coronavirus.

COVID-19 took away several famous personalities who had a great contribution in various fields. With this never-ending pandemic that is still being fought worldwide, human lives are being lost every day. The great personalities who could not survive will forever be missed.

I have experience of 6 years in a content writing of many talents, whether it's providing a long-term blog or articles content, social media, biography, or writing website/advertising copy. My attention to detail is excellent and on-time work and my grammar and vocabulary are impeccable. I particularly enjoy jobs that require a high level of accuracy and focus, as well as jobs that allow me to use my writing skills to their full extent. I have written about dozens of topics and am a quick learner on new areas of focus.
Previous Dilip Joshi Biography | Career | Personal Life | Taarak Mehta Ka Ooltah Chashmah
Next Statue of Unity | World’s Tallest Statue in Gujarat | GujaratCelebs