In talks with the exceptional Hemant Kher, the outstanding actor from on-trend Scam 1992

The most talked-about web series of 2020, Scam 1992 has brought a lot of talented actors into the limelight. Hemant Kher is definitely one of them. The skilled writer-director is also a great actor. With Scam 1992, his brilliance spread out to the world. We managed to get in touch with the artistic man and got to know about his journey from the early days of struggle to achieve success.

Hemant reveals that he is an alumnus of the Nation School of Drama. We found out that he is from a town near Surat, in Gujarat. He completed schooling at Borkhadi Jawahar Navodaya Vidyalaya. While talking about how he landed up in Mumbai, he says, “In 12th standard, when everybody was thinking of doing engineering or medical or getting a safe job, I was dreaming of doing the acting. That time, a magical thing happened; to me it is magical. I was roaming around ending up on the terrace of my hostel and there I found the brochure of Nation School of Drama. One of my teachers ordered for it and somehow it landed on the roof with a lot of other papers. I took it as a signal that the universe was giving me. And then only I decided to become an actor. 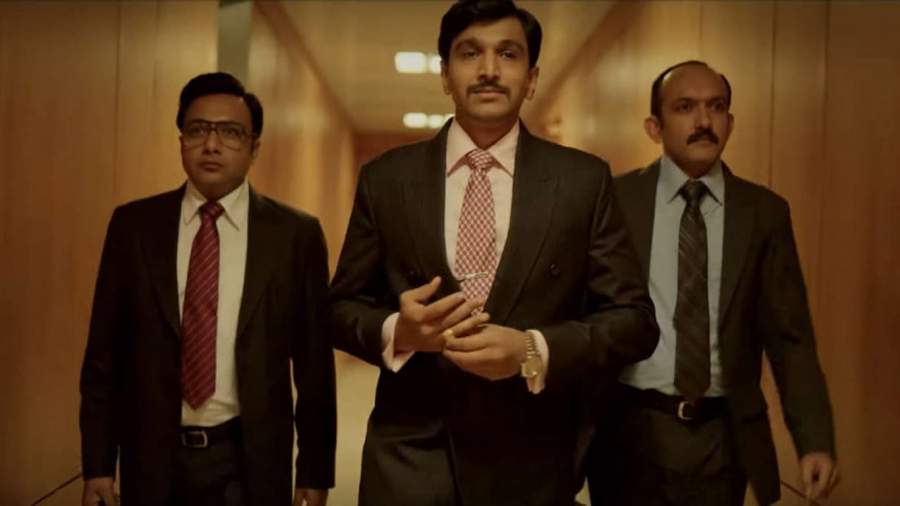 “But unfortunately I could not pursue acting as a form of study. My family was asking me to get a degree. I ended up doing B.SC in chemistry from Narmada College in Bharuch. I don’t regret it though. After I graduated I was free. So then, I went all out to achieve my dreams. I entered MS University in Baroda to study Drama for 1 year or so. At the same time, I was also trying for the National School of Drama. At the 2nd trial got a chance there. After passing out I moved to Mumbai in 2003.” He also added that during school he used to take part in plays and different skits. Although he was a Science student, his passion for acting never stayed ignored.

What he loves the most about Ashwin Mehta?

When we asked what had attracted him the most to his character, Ashwin Mehta, in Scam 1992, he answers, “I love that the character loves his family the most. His cautiousness, his support to the family, his honesty as a partner, bother, husband, and son are the things that I love about him. He holds a strong will which attracted me the most.”

Hemant also talked about his journey from a newbie to where he stands today. He shares, “After coming to Mumbai I started to look for good opportunities but nothing was working out. I wasn’t getting any good work. Suddenly I got offered to write scripts for a show. I wrote a few scripts for them and they liked it. Then onwards I’ve written many non-fiction talent hunt shows, and have created a lot of them. Starting from Shabaash India. Then I wrote for Star Plus, Zee TV, Sony TV, Colors.” 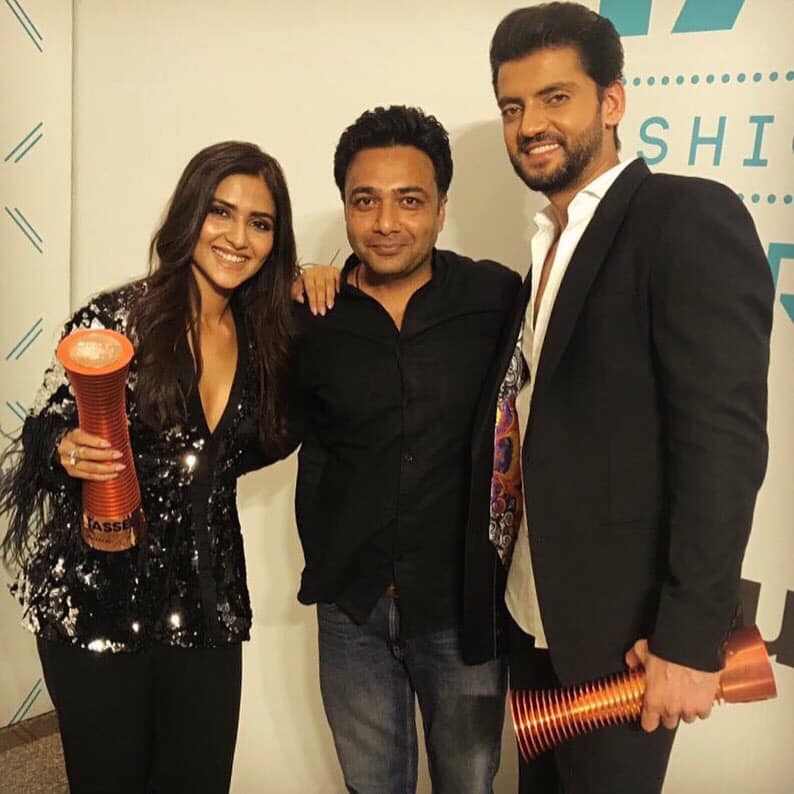 From wanting to become an actor in getting into writing and creative directing, how did the actor end up in Scam 1992?

He clears that air also by saying, “I was a creative director; I was a writer for a long time but Kept on dreaming to become an actor. In between writing and directing, I’ve trained a lot of actors. I have coached many celebrities in television and films as well. My dream to become an actor continued while I was writing and directing. So while I was teaching I was learning also. That’s how things were going.”

He continues, “In 2016 I decided that I don’t want to continue with TV anymore and wanted to make my own films. So I quit TV and started looking. I bought the equipment to make a film. I thought to make an independent small budgeted film. At that time, I got an offer to coach actors for a film called Mitron. Then again my path got diverted and I stopped making the film. Again, I wanted to learn films. So I carried on with more films. In between everything I was doing, I auditioned for Scam at Mukesh Chhabra Company and Hansal sir (Director Hansal Mehta) liked it. So I was selected for this role. Since I was very much into acting, I was teaching and talking about it; I was always in the process. They knew I was sharp. So when I got the opportunity I took it.” 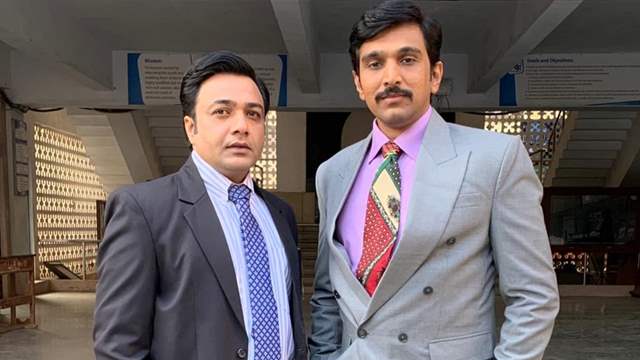 In Mitron he has trained JakkyBhagnani, Kritika Kamra, Pratik Gandhi, and Neeraj Sood. Then, Hemant got offers for Pratik Gandhi starring Ravan Leela and Salman Khan’s production Notebook. He has coached many actors including the leading ones. In Notebook, Hemant has played a small role also.

How did Hemant Kher tackle the tough phase of his acting career?

Hemant gladly went on saying, “The only tough part about is, you know, there was nothing like I wasn’t earning or I was struggling for food or anything. All the time I was writing and directing, I was getting paid well. It was all okay for comfort. I had to struggle to accept that I couldn’t get recognition as well as a good actor. I have always been a good actor, and I knew that. Yet, I didn’t have the recognition. But, I dealt with it all in a positive manner. What I did was I kept on talking about acting and teaching people. Continued doing theatre plays. I never thought that I will never be recognized.

“I always believed that there will be a day when somebody will recognize my talent. And somebody will definitely give a chance. I always believed in the craft that I know. So I dealt with it in a very positive manner. I always felt that even when I couldn’t get to act, I will teach people the right way of acting. I’ll teach them, and make them understand. I never took this as a struggle or hardship. Took it as a learning phase. I have always been thinking that this is the period when I can teach myself. So that’s how I dealt with it”.

Being in the field for a long time, how does he balance his work life and personal life?

He says, “I love working, I’m a workaholic. I enjoy working because I don’t take creative directing, acting, and writing as work. It’s more of me. I always feel I’m here to do all these. Sometimes, it’s difficult to balance a personal and professional life, but for me, the professional life is very personal, and personal also remains personal. So my family always understood that whenever he is with us he is complete with us. 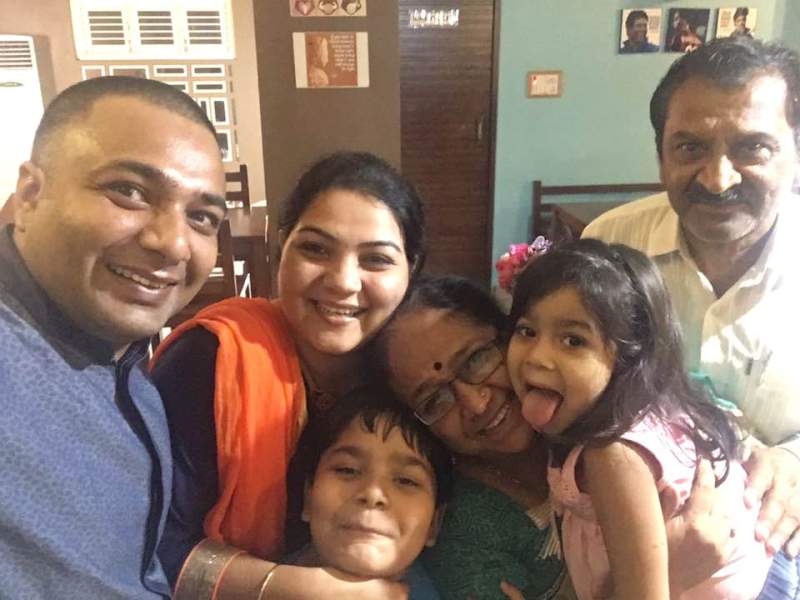 While doing all these writing, directing, creative directing, coaching, and acting, I learned one very beautiful thing which is compartmentalization. So I’m very easily able to compartmentalize my work. Like when I’m writing I’m completely into the thing. I don’t think about other stuff. The same goes for everything. I learned that during the process. I never forced myself. It was all very organic. So, when I’m with family I don’t think of work or anything else. So rather than balance, it’s more about compartmentalization. And that’s what I do.”

His achievements as an actor

Hemant delightedly says, “Scam is the best thing that happened in my life. I’ve played many lead roles when I was in the National School of Drama. But as an actor, I got to explore myself a lot in Scam. And there were few performances that I did when I was in NSD, that I feel, as an actor, are my achievements. People don’t know about it. There’s this small performance I did there. There’s a novel named God of small things by Arundhati Roy. I played the afterlife of lead character EsthappenYako in the play. It was being directed by our teacher Abhilash Pillai. I was the life he must have had when the novel was over and read the whole novel and prepared for the role. I went into the basement and stayed there for more than 20 days, I used to eat, sleep, and bath there and kind of created a set and I used to live in that. As an actor, one of the processes that I took for myself, makes me proud. I feel, as an actor, till now, that is one of the best things that I’ve done.

“Other than that we created a drama called TinkaTinka under the direction of Kirti Jain who was also a teacher in National School of Drama. That play was about the 2002 earthquake in Gujarat. I played a ten years child’s character there. I was 23 – 24 years old and I played the character of a 10-year-old boy. That, I feel, is also an achievement which I’ve earned as an actor.”

Of all the characters he has played till now which is his favorite?

Hemant answers, “I can’t tell you, anyone. I love all characters that I played. I can’t actually. There are many. If I think of one, I’m getting more names in my head and it will be an injustice to them. So far, Ashwin Mehta is recognized and loved by all so you can say it’s one of the favorites. I think my favorite is yet to come.”

He says, “I am working for a web series. I cannot name it. It’s in process. I’m playing a villainous role in there. The shoot starts next month. All I can say is that the character is totally the opposite of Ashwin’s. I’m also in talks with a Hollywood film where I’ll also be a creative producer. There is one more film in India that I’m in talks with.”

He amusingly answers, “My dream project is a film which I had written and I really want to make it. It’s called ZindegiAssi Meter Wali. That my dream project right now, but you know, a dream project could change also.”

Food – Anything cooked by his mother and his wife

Favorite Actor – He has many favorites, but Irrfan Khan is the name.

Hemant’s message for his audience

He says, “The message that I always want to spread to my audience is to love and respect each other. There is a famous line in Ramayana that says “Parhit Saras Dharam na Doojo”. It means there is a no bigger or greater deed that doing good to others. If you believe in that and think of the well-being of others, there nothing better than that. The world will be a better place definitely.”

I have experience of 6 years in a content writing of many talents, whether it's providing a long-term blog or articles content, social media, biography, or writing website/advertising copy. My attention to detail is excellent and on-time work and my grammar and vocabulary are impeccable. I particularly enjoy jobs that require a high level of accuracy and focus, as well as jobs that allow me to use my writing skills to their full extent. I have written about dozens of topics and am a quick learner on new areas of focus.
Previous Rutvi Pandya: An Exclusive Interview With The Queen of Voice & Gujarati Singer
Next Urjit Patel Biography, Education, Career, RBI, Awards, Contributions