Gujarat Celebs October 2, 2021 Blog Comments Off on History of Khambat (Cambay) or Gulf of Khambat 147 Views

History of Khambat: Situated in eastern Gujarat, Khambat possesses a lot of centuries-old tales. The historical town is located at the head of the Gulf of Cambay, popularly known as Khambat. Mahi River flows by the town. Khambat or Cambay’s existence could be noted as long back as 915 AD. In this article today we will know about the History of Khanbat ( Cambay) or Gulf of Khambat 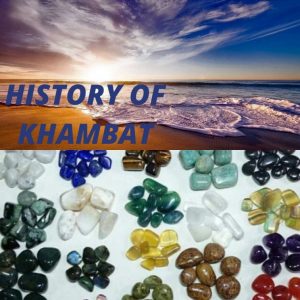 Khambat, previously known as Cambay can be spotted in 1293 through Marco Polo’s works. The globally famous traveller mentioned the town as a ‘busy port’. The town is at present an efficient textile hub and petroleum industry in Gujarat.

Cambay or Khambat is situated at the head of the Gulf of Khambat which is on the W coast of India. It is located on the southeast side of the Kathiawad Peninsula.

Why was Khambat significant in the past or What is the History of Khambat?

Khambat aka Cambay used to be a port town in the past. The town’s history goes as long as the 13th century. Even till the 15th century, Cambay’s port played a significant role. Textiles goods like cotton, silk, leather along with jewellery, gems, gold, indigo, and buckram were said to be exported from Khambat port. But as the gulf began silting up, it became irrelevant.

Where was Khambat port shifted to?

As the Gulf started forming, the port was closed and moved to Surat.

Is Khambat a district?

The town, Khambat, had been the capital of the princely state of Cambay during the Colonisation period. Later in 1949, it was renamed as Kaira or Kheda district.

What is located at the head of the Gulf of Khambat at present?

Lothal, the Harappan port town is situated at the head of the Gulf of Khambat.

Is Khambat a tourist spot?

Khambat beach is widely popular among tourists. About thirty feet long beach attracts people from all over the country for its extremely beautiful tides and scenic beauty. In addition, Khambat is famous for its sweets like Halavasan and Sutarfeni.

What is Cambay presently known as?

Cambay is known as Khambat. Also, some call the town Khambhat.

Which rivers meet at the Gulf of Khambat?

Sabarmati, Tapti, and Narmada rivers after flowing through the Southern part of India meet at the Gulf of Khambat. Also, the Mahi River flows into the gulf.

Where does the water of the Gulf of Khambat flow?

The Gulf of Khambat’s water flows westward connecting it to the Arabian sea.

How is Cambay related to the Harappan era?

Cambay, presently known as Khambat, is the only place in India where signs of the Harappan craft is found still in the traditions of the 21st century. A kind of crystal stone used in the Harappan craft, famously known as the Agate stone, is manufactured, sold, and used widely in this town.

Which industries are there in Khambat?

Khambat is very much known for its textile manufacturers and petroleum industries. Except for them, it is the only place in India where Agate stone is found.

When was petroleum discovered in Khambat?

Petroleum was discovered in the 1970s in Khambat.

When did Khambat start getting developed?

During the 1970s petroleum was discovered and since then Khambat started getting developed with establishments of oil and gas mines.

Where is the Kheda district?

The princely state of Cambay was incorporated into Kaira or Kheda district in 1949.

Is Khambat situated in the Kheda district?

No, Khambat is in Anand district. During the British rule, when Kheda district used to be the princely state of Cambay, Khambat was the capital of it.

Which are popular tourist spots in Khambat?

What is Khambhat or Cambay mainly known for?

Khambat or Cambey mainly known for their stone Markets

Where does the Agate stone brought in Khambat to?

The Rajpipla Hills which is about 200 km far from the town, is said to be the only forming place of the stone. According to the archaeological reports, the origin of the Harappan craft came to Khambat through the Harappan outpost Lothal; apparently, it happened almost 4000 years ago!

What is Cambay cloth?

In the past, Cambay used to be a big textile manufacturer. Because of having a major port on one side, it took no time for Khambat to flourish with business. Cambay cloth is believed to be a kind of cotton made in the town itself and exported outside.

Which Arabian traveller visited Khambat in the past?

Famous Arabian traveller Al-Mas’udi landed up in the town of Khambat, then Cambay, in 915 AD. Also, he mentioned the place as a successful port.

When did Marco Polo come to Khambat?

Marco Polo visited Khambat in 1293 and noted the town to be a very busy port. He cited the city as ‘Cambaet’. From his scriptures only, we can know that Khambat had a ruling king.

Did Ibn Batuta come to Khambat?

In the 1340s, Ibn Batuta, the globally known Moroccan traveller had reportedly visited the port city of Khambat. The place’s excellent architecture and multicultural population impressed the vacationer very much.

What are the historical roots of Khambat Or the History of Khambat?

Several famous travellers wrote about Khambat’s existence and its popular port back in 915 AD. A pictural proof of Cambay was found in a 16th-century Portuguese manuscript which is at the Casanatense Library at present.

Also, in the history of Khambhat Agate stones being manufactured only in this town shows how Khambat still upholds the roots of the Harappan tradition. The Mausoleum of the first Wali-ul-Hind Moulai Abdullah is a worth visiting place in Khambat. It was built between 1050 AD to 1100 AD. Also, Italian traveller, Marino Sanudo mentioned that Khambat had been one of India’s two major ocean ports.

In 1440, Italian traveller Niccolo de Conti visited Khambat and wrote about the town in his manuscripts saying the walls of Khambat were twelve miles long. Now known as the Kothi gateway, the same wall, is believed to be built in the 1330s during the Tughlaq period.

From Khambat’s diverse culture where both Hindu and Muslims dwelled peacefully to the buzz of the Cambay port, everything about the town impressed the travellers visiting from various corners of the world.

So, all the above is information about History of Khambat (Cambay) or the Gulf of khambat

I have experience of 6 years in a content writing of many talents, whether it's providing a long-term blog or articles content, social media, biography, or writing website/advertising copy. My attention to detail is excellent and on-time work and my grammar and vocabulary are impeccable. I particularly enjoy jobs that require a high level of accuracy and focus, as well as jobs that allow me to use my writing skills to their full extent. I have written about dozens of topics and am a quick learner on new areas of focus.
Previous Top 10 New Business Ideas In Gujarat
Next Bakor nature camp | Location | Timings | Contact Details