In this article, we will discuss some interesting and lesser-known stories & Facts about Ratan Tata’s life. So, buckle up! 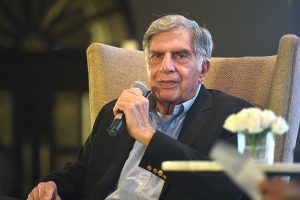 One of the biggest names in India’s business industry and the greatest industrialist of the country Ratan Tata is known to all. While his brilliant business techniques inspire the rising entrepreneurs, his philanthropic nature makes the world go in awe with the man’s deeds. After Ratan Tata became the Chairman of Tata Group, the company’s revenue increased more than 40 times. Also, the business came across record profit, which was above 50 times.

Furthermore, the acquisition of Jaguar and Land Rover from Ford was the complete deal breaker. That historic deal still stands as the poof of Ratan Tata’s exceptional businessman-ship.

Now, that the whole world knows about the great man’s life and journey to becoming the ultimate industrialist in India, we will discuss some interesting and lesser-known stories and facts about Ratan Tata’s life. So, buckle up!