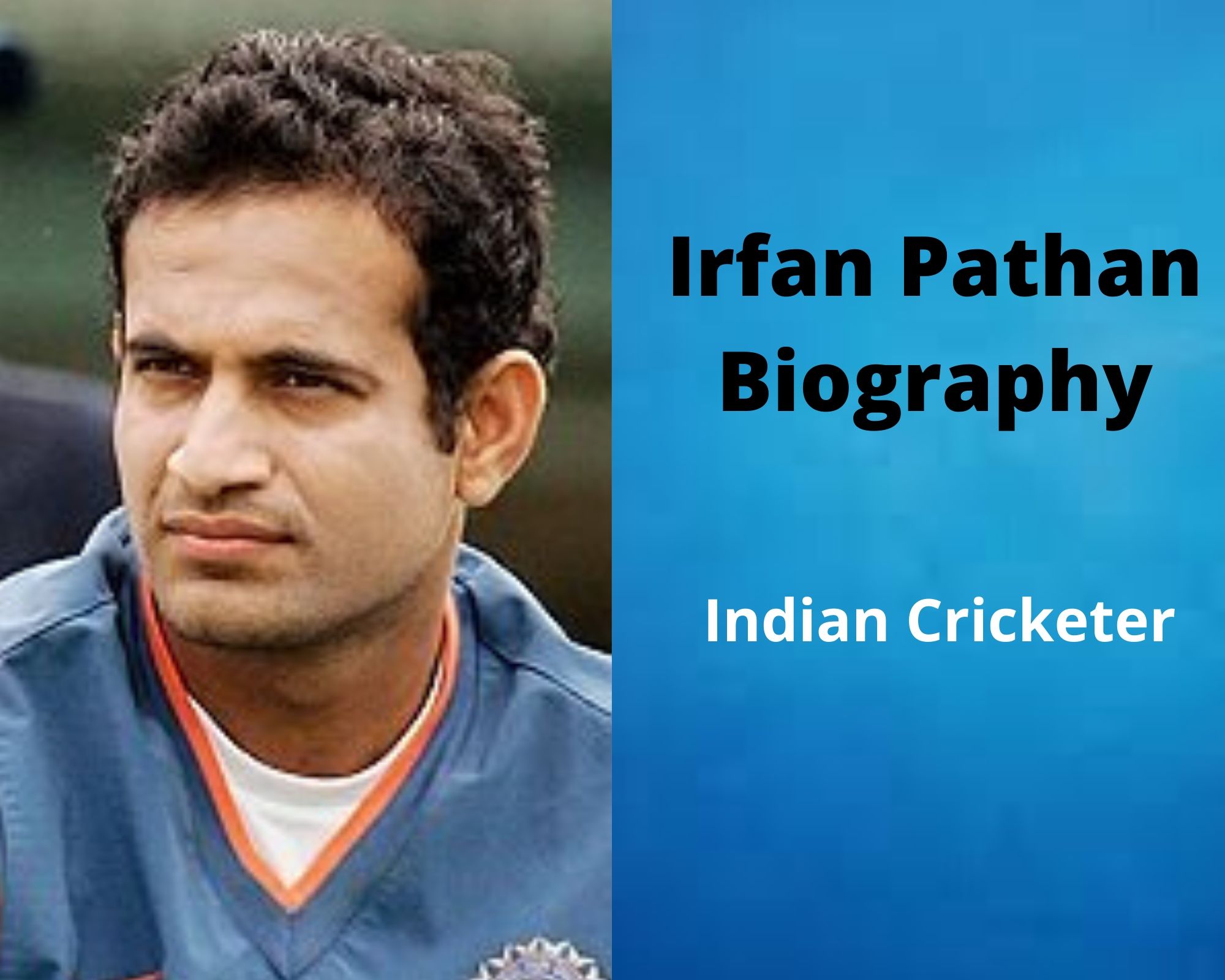 Mohammed Yosuf takes his stand, and he is going to face Irfan Pathan, who is on his way to a magnificent hat-trick. Clean bowled it is. Well, is that a swing straight from the Garden of Eden itself? We haven’t seen such a magical swing for a long, long time now.

The name is Irfan Pathan, and safe to say he is one of the greatest of our times. Years before Irfan broke into India’s national men’s cricket team, back in the year 2003, his swings were something to talk about. Many have even compared his performance on the pitch to that of the legendary Kapil Dev. Pathan was a player of sheer consistency and dignity. Check here Irfan Pathan Biography.

Irfan played a vital role in India’s tour of arch-rivals Pakistan in the year 2004. His hat trick against our rival neighbors in the Karachi Test of 2006 gave him the title of one of the best swing bowlers our generation will ever witness. However, for every player, injuries are something no one wishes for, the same made him lose his place from the national team. Even after performing incredibly well in the domestic fields, Pathan failed to return to the national circuit after the 2012-13 season. In this biography, you will get to know more about this wonderful cricketer of our times and his achievements. 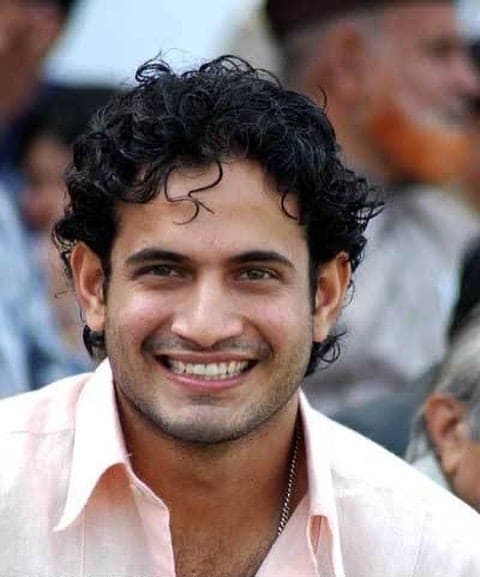 Born on October 27th, 1984 in Baroda Gujarat, Irfan Pathan belongs to the Pashtun or of the Pathan ancestry. Hailing from the Pathan community of Gujarat, the young lad had a long way to go. Irfan’s childhood days of growing up were with his elder brother Yusuf in a mosque situated in Vadodara. Belonging from an impoverished family, the brother’s father served as the muezzin for the mosque. Irfan’s parents always wished their children to be full-time Islamic scholars, but cricket is where both the brothers flourished. Irfan and Yousuf’s mischievous cricket sessions on and off the grounds around the mosque brought in a lot of complaints from Muslim worshippers visiting the mosque. 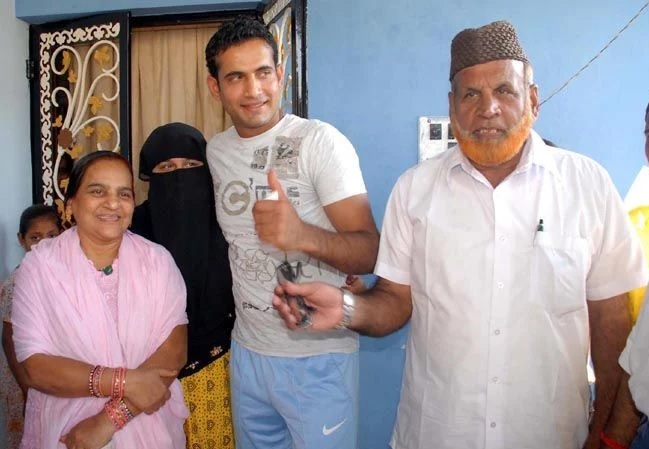 During the initial days, Irfan’s delivery didn’t use to reach the other side of the 22yards. However, six hours of training in the blazing heat of Gujarat tailored him to be one of the finest swing bowlers of all time. Additionally, the sense of discipline coming in from his family was the backbone for his steady growth.

The former Indian skipper Datta Gaekwad had an essential significance in Irfan Pathan’s career. Under his able guidance, Irfan got to represent his home state in the Under 14 category of Baroda Cricket team. He even played for the Under 15 team and rose to prominence. It was then when he got to enjoy a full set of brand new cricket equipment and gears, unlike the second-hand ones he used due to limited economic strength of his family. After a poor performance for the Under 16 team, Pathan dropped himself for two years. His return was for the Under 19 team as soon as he turned 15. There he performed well, scoring 61 runs on the board and bowling a winning spell of 3 for 41, resulting in a victory. 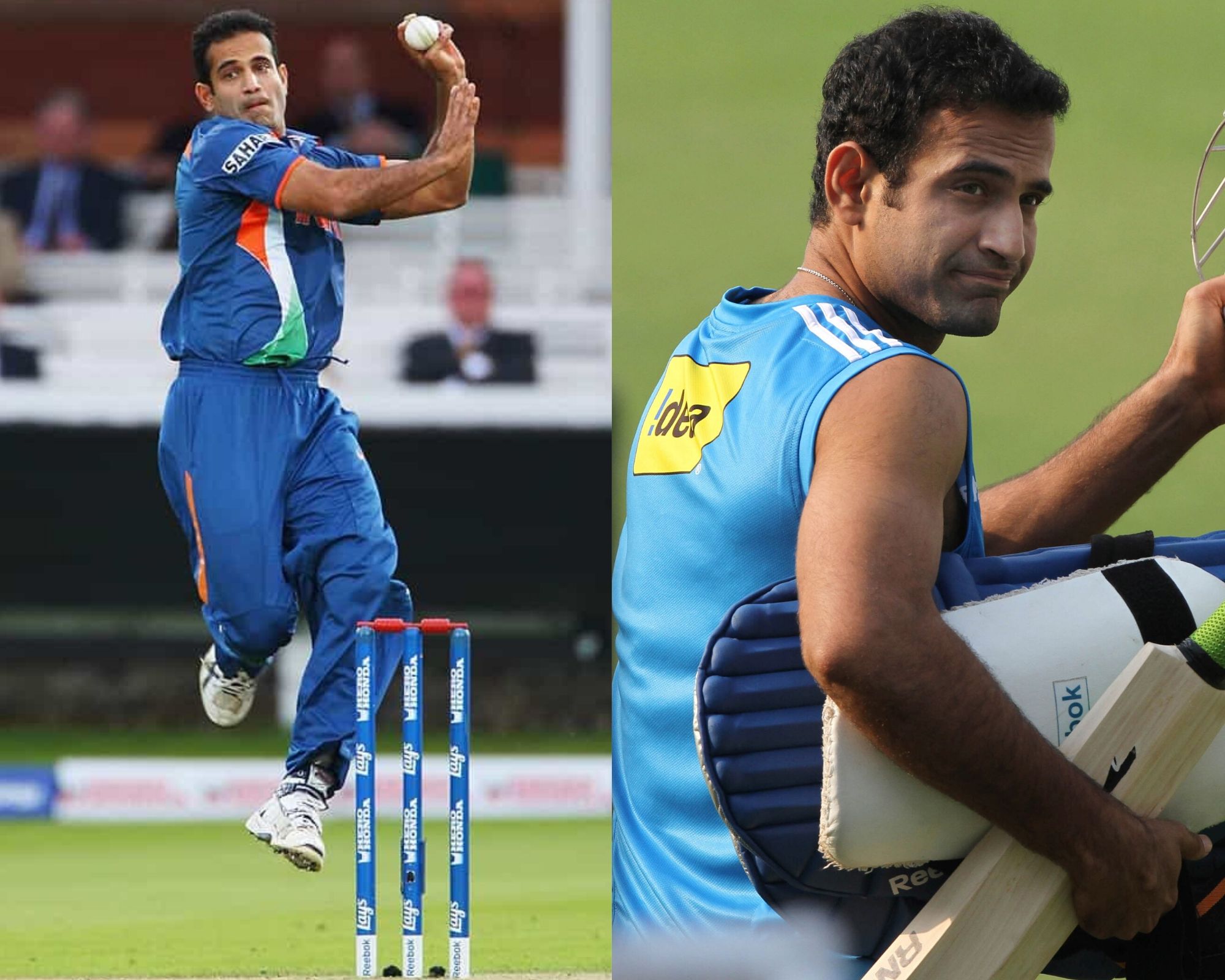 Despite a commendable performance, Pathan had to play for the Under 16 side for the next match. He spent the session of 1999-2000 there bowling short spells in the younger divisions. Irfan used to take an average of four wickets while giving thirty-eight runs to his opponents. His average overs bowled summed up to seven overs every innings. The all-rounder even did well with his bat, scoring 253 runs, including a personal best of 72 against Mumbai back then. 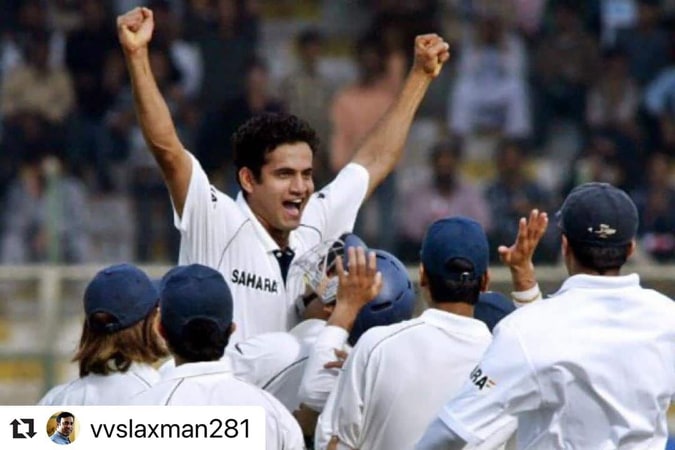 Irfan’s domestic cricket career started back in March of 2001 when fellow teammate Zaheer Khan got selected for the national cricket team. His immeasurable performance against Bengal fetched a 222 run win for his side. Baroda managed to win the Ranji Trophy for the season, and he ended a brilliant cricketing performance with seven wickets in his hands. In late 2003, Irfan Pathan got a place on the Under 19 Indian cricket team to perform his part for the Asian youth ODI competition held in Pakistan. He came out as the leading bowler taking 18 wickets with an economy rate of 3.54. Also, this competition marked him as the Player of The Tournament.

Pathan’s international debut was in the second test match of India against Australia at the Adelaide Stadium Oval in December 2003. At the young age of 19, Pathan opened up the bowling for India following an injury to the left arm Zaheer Khan. Irfan took the key wicket of Matthew Hayden in a high scoring match. He bowled his best while giving 160 runs to the opposition approximating an average of 5 runs per over. Since then he had astonishing performances for the Indian national cricket team, and performing his magical best against India’s arch-rivals Pakistan. His hat tricks are unforgettable, and also the excellent performance with his bat during crucial matches was a thing to look for the cricket selection board of the country. 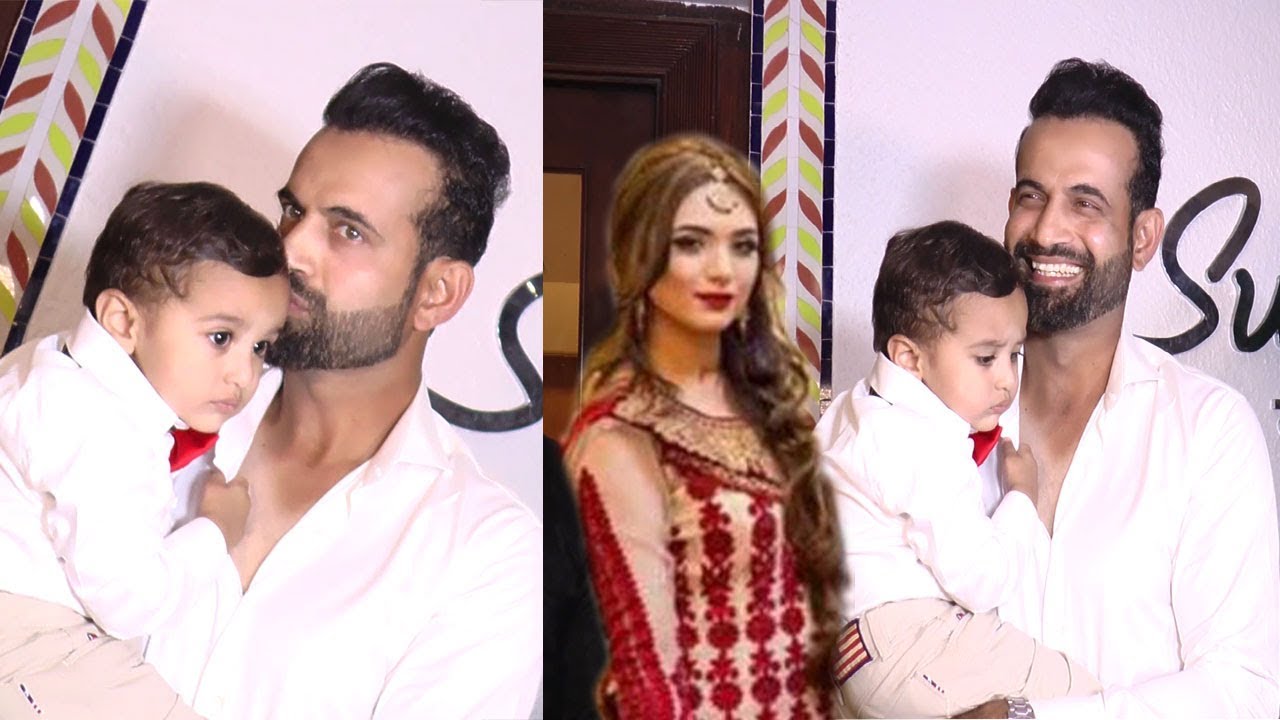 Irfan spent ten years of a long relationship with Australian based Shivangi Dev. However, the connection never turned out into a marriage as Irfan would only marry someone after his elder brother Yusuf did. Irfan happily married to a Hyderabad based model SafaBaig on the 4th of February 2016. Their big day was in Mecca. Irfan’s wife Safa is the daughter of Mirza Farooq Baig and gave birth to Irfan’s son Imran Khan Pathan on 20th December 2016. 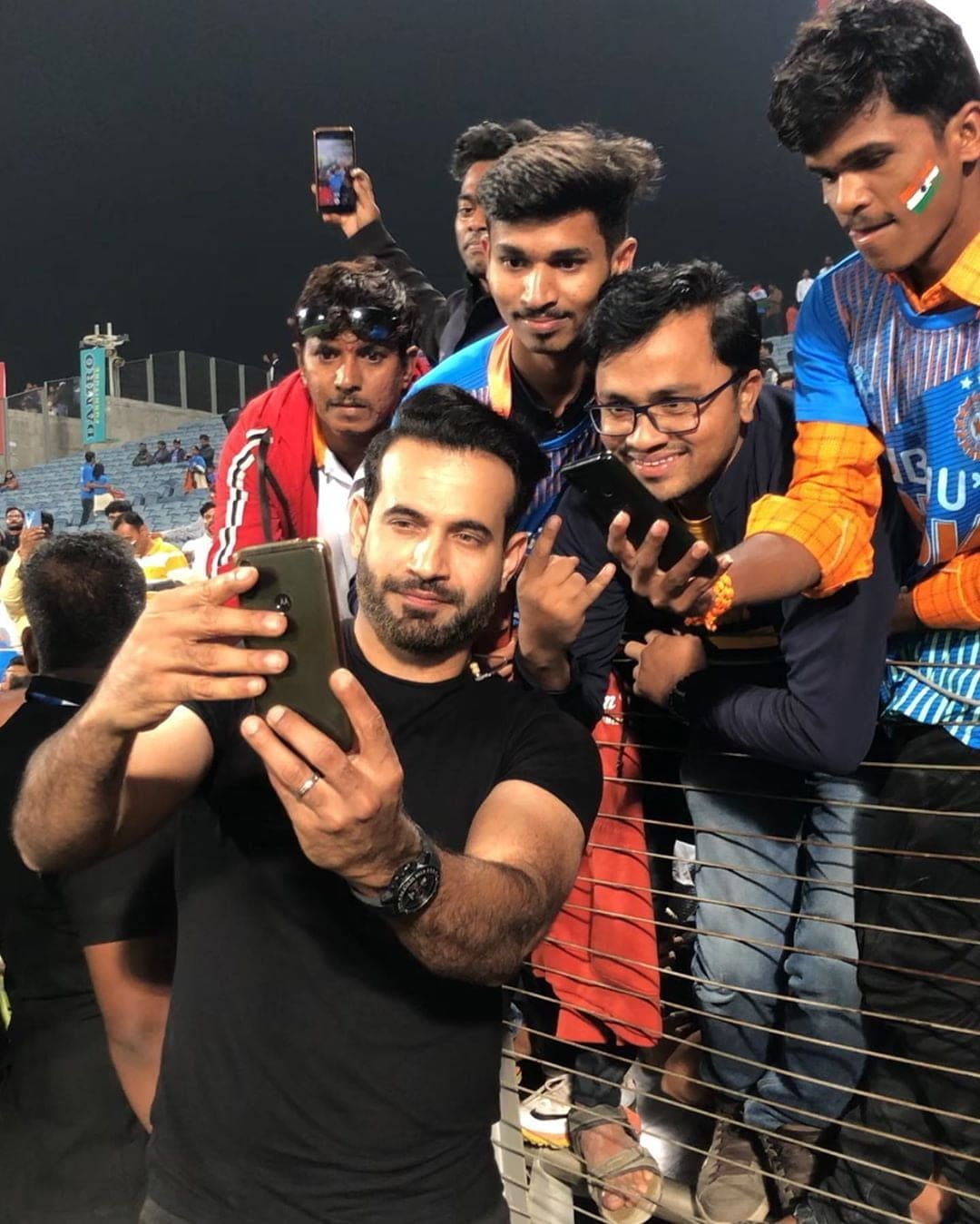 Irfan Pathan has been a brilliant cricketer among the youths of the country. With such a bright career in his record books, Irfan looks forward to mentoring young cricketers for the country. He also has a knack for commentary, as it is something he loves to do. On a whole, Irfan wants to contribute more to the game either in the fields or be it off it. Irfan Pathan biography is such a great motivational.