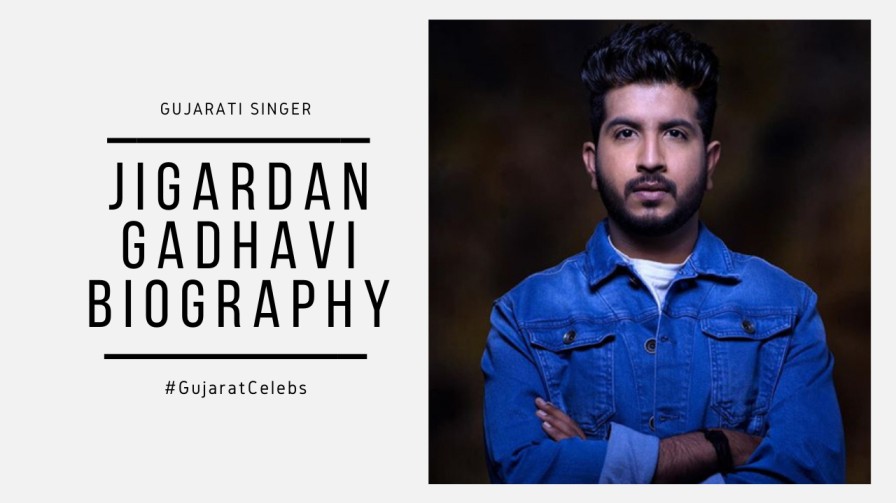 Young Indian artist Jigardan Gandvi is winning hearts for the last few years. With his excellent singing and amazing composition of Gujarati music, Jigardan, popularly known as Jigrra, is on the queue to be a heartthrob among the young generation. He is a playback singer, songwriter, music composer, and actor. His fame is increasing every time a new piece of music he releases. Let’s read more into Jigardan Gadhavi biography.

This Gujarati youngster was born to a Hindu family on June 29, 1991. He has always been interested in music. He wanted to pursue music as a career from the very start. Jigardan has even composed the music while he was in primary school. He has completed his bachelor’s degree in Physiotherapy from JG College of Physiotherapy in Ahmedabad. After he finished his studies, Jigardan went on to pursue his dream. He worked very hard to achieve what he has today.

His debut single “Aadhey Pal” was released in 2014. His music crossed all the barriers, and he kept on singing. He continued with releasing singles while at the same time singing for Gujarati films. Jigrra has worked as an actor too. He has debuted with the movie Hardik Abhinandan in 2016.

After debuting in 2014 with his single, he sang “It’s Time to Party” for the movie Whiskey Is Risky. The sings he sings are mostly pop, rock, folk, and dance numbers. He bagged many music contracts with multiple Gujarati movies, ultimately becoming one of the very successful young musicians in the industry. He composed the whole album of the movie Hardik Abhinandan. The top hits he has given include “Mali Nazar Jo Nazron Thi”, “Mane Kahi De”, “Chand Jevo Chehro”, “Jani Lejo Re”, “Rehnuma”, “Chaan Ne Kaho”, “Nazam Navi”, “Evu Pan Bane”, “Mogal Tara Aangna Maa”, “Kahi De Tu Mane” and many more. His lockdown bhajan mashup is very popular on youtube.

Jigardan has acted in the movie Hardik Abhinanadan that was directed by Dev Keshwala. He has worked as the music director for the same movie. The multitalented musician can play guitar, harmonium, and piano too.

Not only an outstanding playback singer, but Jigrra turned out to be an amazing performer. The crowd goes awestruck whenever he is on stage. According to music lovers, his music is proof that the Gujarati music industry is not going to lose its charm with passing days. His humble personality and impressive music have been the key for him to become as successful as he is.

If you enjoyed reading and knowing more about the very talented young singer, then keep scrolling. You will find a lot of information about various amazing personalities and celebrities here.