Home > Latest News > KEEPING CALM WAS NOT AN OPTION FOR THE BLUE FAMILY AS DARSHAN RAVAL SHARED NEW SONG WITH AMAAL MALLIK! 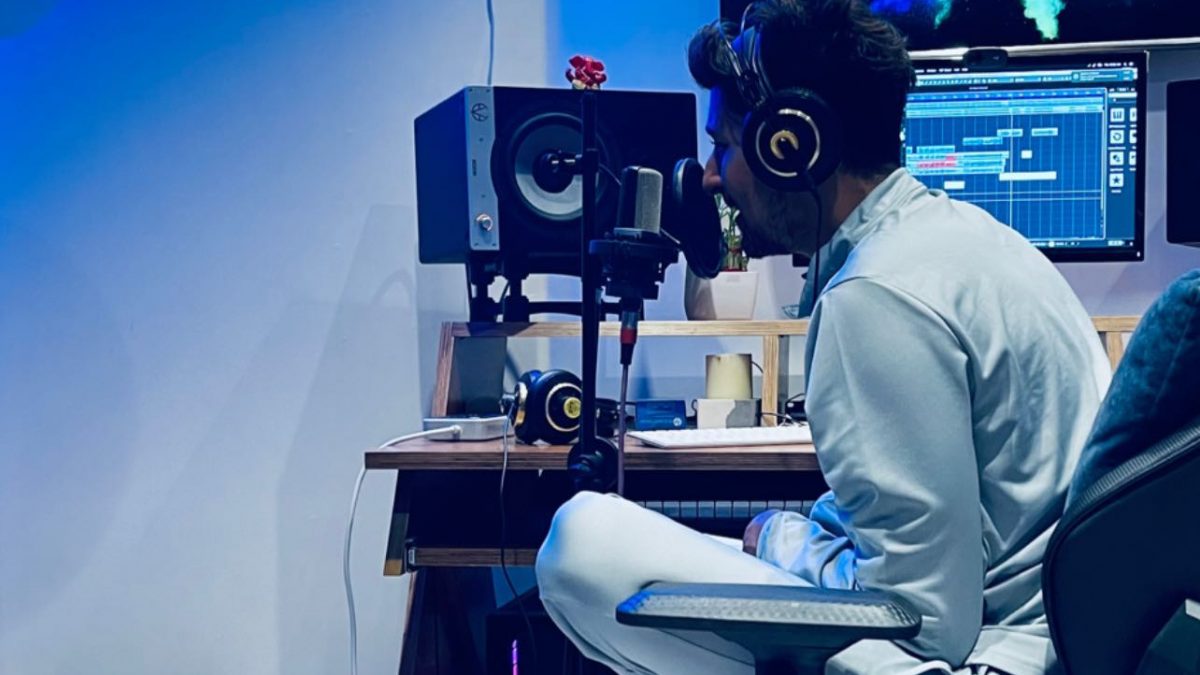 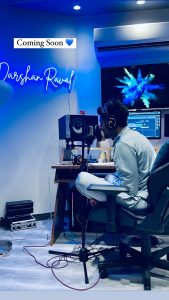 In the video, the cheery faces of Darshan with Amaal and Vivian Sachdeva could be seen. The excitement crossed all the boundaries when Amaal Mallik shared Darshan’s picture from the recording studio.

As Raval mentioned the much-awaited project as a #MajorSong the anticipation of it keeps growing.

On April 21, upon being asked several times if he will be seen working with Raval anytime soon, Mallik replied to the fans tagging Darshan saying, “kuch karna padega ab bro”; to which Darshan also showed similar interest stating they would meet as soon as the situation gets better as the second wave of the pandemic was full bloom at that time.

Now, after months of waiting, the fans finally got a glimpse of the making of the song.

With Darshan’s heart-warming voice and Amaal’s soulful music, this collab is surely going to be one of the finest of both. 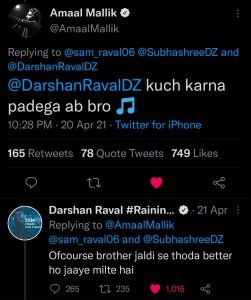