Malhar Thakar is primarily an Indian Gujarati actor, working in the Gujarati film industry. He has been acting in theatres for 9 years, before joining the film industry. Chello Divas was his second film in 2015 which got critical acclaims and commercial success. To date, his best film so far in his film career is love ni bhavai, which was released in 2017. It ran for 100 days in theatres. Check out here Malhar Thakar biography.

The actor has been featured on the cover page of the “Mug” magazine. Ticket window entertainment is Malhar Thakar’s production house, owned and run by him solely. He started it in 2018. Malhar is an avid reader. He loves to read poetry in his leisure hours. The actor was born on 28th June 1990. As of 2020, he stands to be 29 years old.

Malhar Thakar has been a resident of Ahmedabad Gujarat ever since his birth. He was born and brought in Ahmedabad.

Malhar Thakar comes from a respectable family. Regarding his early life, we only know that he went to the Navrang high school for elementary education and afterward to the sheth C.N. Vidyalaya in Ahmedabad.

This actor was featured in an article in the Ahmedabad times. The article narrated what Malhar had to say when asked about his mentors. He says, he has been a very hardworking and dedicated person. His mentors have taught him to have patience and confidence in himself. When Sandeep Patel, a Gujarati filmmaker was asked for his views on Malhar, he said that Malhar is an extremely talented actor who delivers much more than what’s expected from him. 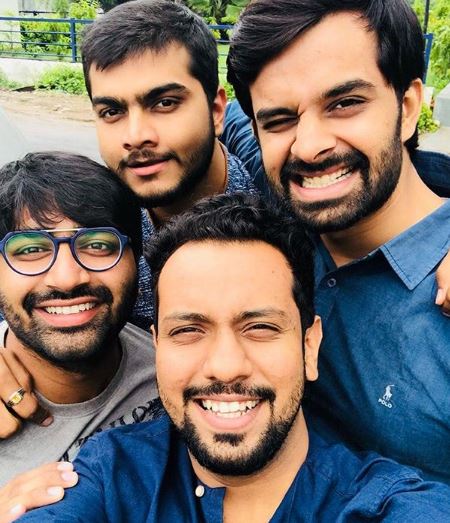 The 29 years old actor is too young to get married now. He seems to be concentrating on his career now.

Mostly famous for three films, love ni bhavai, mijaaj and Chello divas, Malhar Thakar is an excelling Gujarati actor. Besides being an actor, he is also a theatre artist. He has also done a few advertisements in Gujarati. After his lead role in chello divas got critical acclamation, he went on for his next role in Thai Jashe, which came out in 2016. There too, he got positive reviews from viewers and critics. Before coming to the Gujarati industry, he had a vast experience of 9 years of theatre life. His acting career achieved new heights when he starred as Sagar in the Gujarati romantic drama, love ni bhavai in 2017. In the film, he was a boy who had been dumped about 23 times but still is in search of love. His role was extremely well received and tremendously appreciated. The movie has made its name in the list of films that ran for 100 days in halls and theatres. 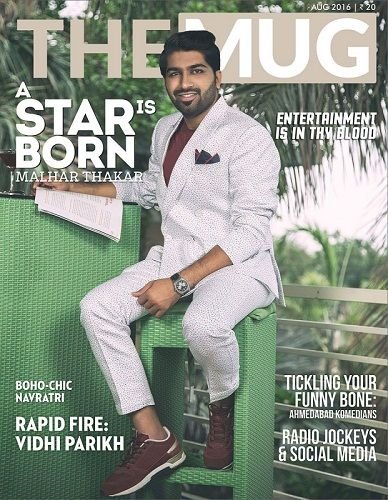 The actor has gained huge popularity in these few years as is evident from his 1M followers on Instagram. He is very much active on social media, keeping it updated about his future events, interviews, meetings, etc. The actor has only produced a few films to date but we can expect him to come up with better ones in the future.

As is already know, this actor began his career as a theatre actor and entered the film industry after 9 years. His first film was Kevi rite Jaish. Sadly, it didn’t get much positive response and hence very few people know about this debut film. He then starred in his next film Chello divas which became an instant success. His role as the protagonist of the film earned him positive acclamations. Even his next film in 2016 also became a success. He then came out of his third successful film, love ni bhavai, right the next year. His role as a young boy searching for love earned him so much love and admiration.

The actor keeps getting movie scripts from filmmakers who want him to play lead roles. However, Malhar seems of the extremely choosey. He had rejected 15 scripts before he agreed to Starr in the movie passport in 2016. In 2018, he did a crime drama Titled mijaaj and a comedy film named shu thayu?

I have experience of 6 years in a content writing of many talents, whether it's providing a long-term blog or articles content, social media, biography, or writing website/advertising copy. My attention to detail is excellent and on-time work and my grammar and vocabulary are impeccable. I particularly enjoy jobs that require a high level of accuracy and focus, as well as jobs that allow me to use my writing skills to their full extent. I have written about dozens of topics and am a quick learner on new areas of focus.
Previous RJ Aditi Raval Biography | Wiki | Age | Family | Net worth | Boyfriend
Next Digital Pratik Biography | Digital Marketing & Personal Branding Consultant