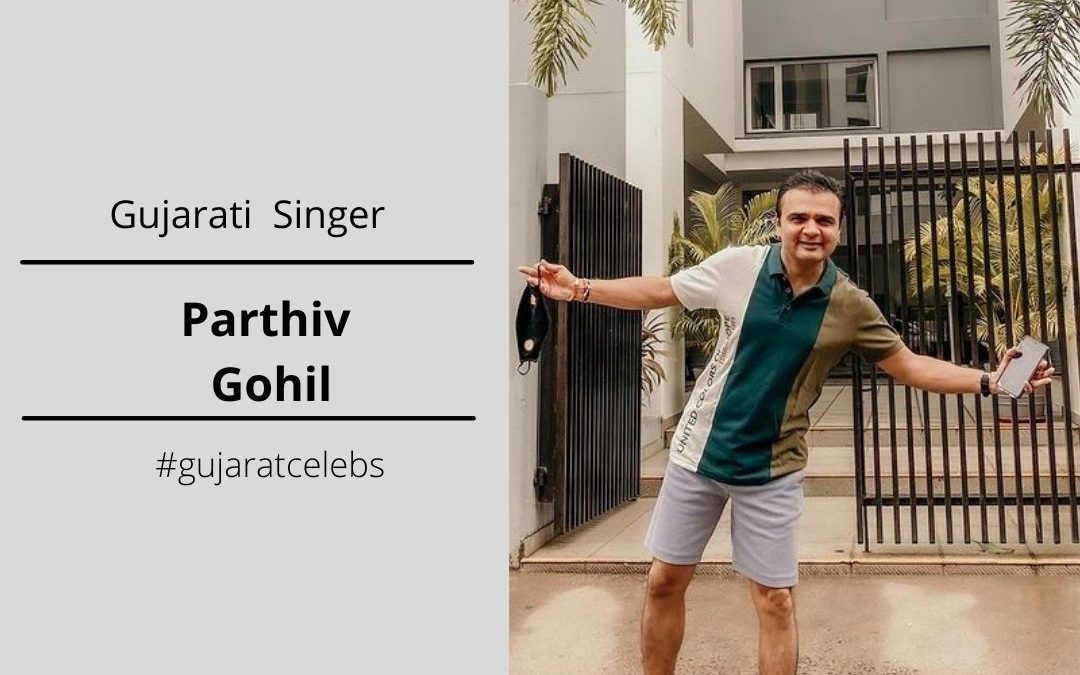 Meet the Shining Songster Parthiv Gohil, His life Journey as a Musician and Private Affairs

Music that soothes the mind, nurtures the soul, and makes the world a little more beautiful place to live! For decades Indian music from its classical genre to the latest Bollywood songs has been standing apart from the rest world. From time to time music industry has gifted soulful melodies formed by endowed singers. The person who first made his debut as a playback singer with the song ‘Yoon Shabnami’ in the film ‘Saawariya (2007) directed by Mr. Sanjay Leela Banshali, is none other than the melody magician Parthiv Gohil. An extraordinary Gujarati songster who never failed to enchant his listeners with his exquisite voice.

Now let’s have a glance at Gohil’s early life to his majestic musical journey.

Parthiv was born on 18th February 1976 to a Gujarati family at Bhavnagar, Gujarat. As a child, Gohil brought up seeing his family members associated with music, especially, with the decade-old enriched Indian classical genre. Parthiv was first introduced to classical music by his father and great-grandfather. From a young age, he started to take music lessons from eminent singers like Dakshaben Mehta, Shri Laxmipati Shukla who is a disciple of Omkarnath Thakur and Smt. Bhanuben Solanki.

This talented singer has managed to achieve success by winning the Pandit Omkarnath Thakur Competition. Gohil was chosen to be skilled under Zia Fariduddin Dagar who happens to be a descendent of Tansen, under the scholarship program named SPICMACAY’s Gurukul Scholarship Scheme. That was indeed a significant milestone in his career as under this scholarship he started to be an adjunct to the Music Maestros like Hariprasad Chaurasia, V.J.Jog, The Gundecha Brothers, Sultan Khan on tanpura.

Gohil became a runner-up in the popular television show Sa Re Ga Ma Pa where he was judged by music gurus such as Parveen Sultana, Jagjit Singh, Khayyam. Anil Biswas and O P Nayyar.

Parthiv Gohil’s career as a film singer started in Sanjay Leela Bhansali’s film Devdas where he worked as a back vocalist. And after that, he debuted as a playback singer again in Bhansali’s film ‘Saawariya(2007), with the song ‘Yoon Shabnami’ that brought him success. From then Gohil continued to sing for so many Gujarati and Hindi films.

Another noteworthy achievement that added one more feather to Parthiv’s cap is his opportunity to get featured in the National iconic song ‘Phir Mile Sur Mera Tumhara’ as the only Gujarati artist.

Parthiv through his relentless efforts trying to spread Gujarati music all over India by doing live performances all over the country. Recently Parthiv has been seen on MTV’s popular music show ‘Coke Studio’ accompanying the two renowned artists Ustad Rashid Khan and Richa Sharma. Gohil is currently living in Mumbai with his wife Manasi Parekh who is also a well-known actress, and their daughter Nirvi Gohil.