If beautiful songs are on the one hand of Bollywood then obviously the other hand is the exquisite dance that keeps the audience glued to the silver screen. Let’s read the Paul Marshal Biography. 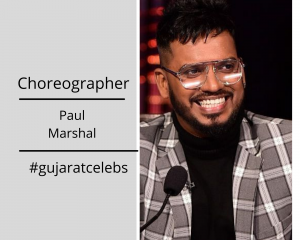 Today we will share the story of the hero behind the screen who choreographs and is also a passionate dancer in Bollywood. Yes, you are right. He is none other than famous choreographer and dancer Paul Marshal.

To read more biographies of Gujarati celebrities go to www.Gujaratcelebs.com

Let’s see how Paul’s journey had been…

Paul Marshal Cardoz was born in Mumbai, Maharashtra on 6th August 1988. He completed his schooling in St. Dominic Savio Catholic High School. From his childhood, Paul had an immense passion for dance and it is noteworthy that he is a self-taught dancer.

As he belonged to a middle-class family his parents couldn’t afford to admit him to a good dancing school. But with his indomitable will, he kept practicing and soon became a master in the lyrical hip-hop genre.

Paul was first seen in the DD channel’s dance show KRAZZY KIYA RE season 2 and won the show. The show that brought him enormous success in his career was Zee TV’s most popular dance reality show Dance India Dance season 3, whereas a participant and part of Geeta Ki Gang, lead by dance master Geeta, impressed all the judges like Remo Dsouza, Terence Lewis and Geeta Kapoor.

Not only were the judges got astonished by his dance talent, he even acquired a standing ovation from Grandmaster Mithun Chakraborty who was completely moved by his dance performance. 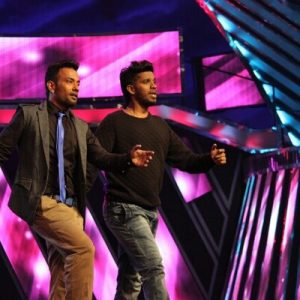 After that, Paul along with Rahul Shetty had been a skipper in Dance India Dance Lil Master Season 3. Marshal now works with top leading film directors and producers of Bollywood in their movies as an assistant choreographer.

Here is big news for the fans of Paul Marshal…He recently got engaged with his girlfriend Urvashi Anju, an entrepreneur, in a close-knit ceremony. We wish this talented one all success in his future career.

I have experience of 6 years in a content writing of many talents, whether it's providing a long-term blog or articles content, social media, biography, or writing website/advertising copy. My attention to detail is excellent and on-time work and my grammar and vocabulary are impeccable. I particularly enjoy jobs that require a high level of accuracy and focus, as well as jobs that allow me to use my writing skills to their full extent. I have written about dozens of topics and am a quick learner on new areas of focus.
Previous Samir and Arsh Tanna Choreographer | Awards | Performances
Next Mahima Makwana Biography | Age | Early Life | Husband | Career | Family