Home > Sports > LET’S HAVE A LOOK AT THE ADMIRABLE AND RECORD-FILLED JOURNEY OF PRIYANK PANCHAL, THE SHINING STAR CRICKETER IN GUJARATCRICKET TEAM 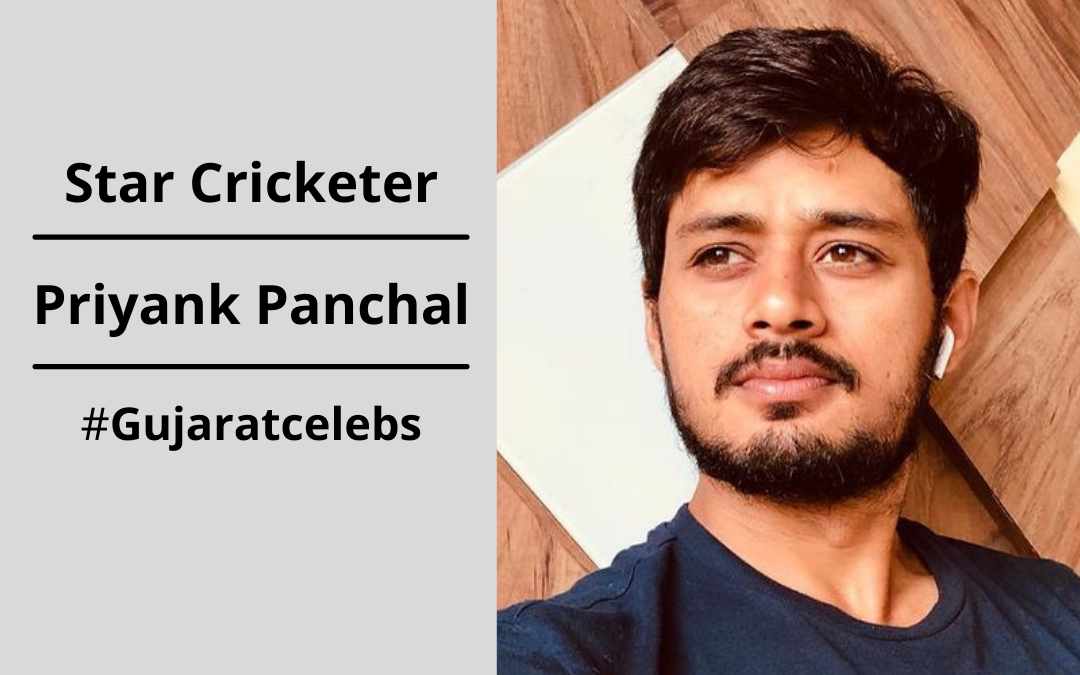 Priyank Panchal Biography: Priyank Kirit Panchal, one of the brightest rising stars in Indian Cricket, is all set to make the whole nation proud. Priyank is a right-handed batsman and a right-arm medium-paced bowler. He has been playing for Gujarat since he was a teen. His amazing skills and dynamic personality make Priyank the magnificent player he is. Since appearing in the Polly Umrigar Trophy in 2003-04, the super talented batsman has been showing his excellence. At present, Priyank Panchal is a huge name in the Ranji Trophy. 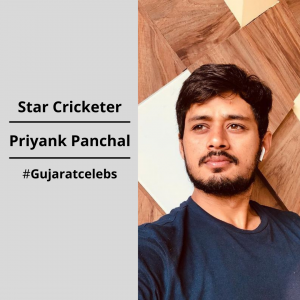 Born on April 9, 1990, in Ahmedabad, Gujarat, Priyank has always wanted to become a sportsperson. It was his father who dreamt that his son would become a cricketer and make his country proud. Therefore, he has been learning and playing the game ever since. Priyank has played at the university level also.

At the age of 15, Priyank’s father passed away who had been a big support system. In his interviews with a popular media house, Priyank mentioned that it was his family’s sacrifices that contributed to his becoming a cricketer to a greater extent. When his father was not at his side anymore, his mother who is a fashion designer and his sister who is an interior designer started working to run the household. They became his biggest support system.

Priyank played in two seasons of the Umrigar Trophy for the under 15 team. Then, he moved to the Under-17 team in 2007 and went on to play in the Vijay Marchant Trophy where he scored a century. Priyank debuted in List A for the senior team in the second half of the season by playing against Maharashtra in February 2008. In the following season also he played very well.

Later on, in the following season, Priyank made his first-class debut in the Ranji Trophy. He became the first-ever player to score a triple century for his state Gujarat in November 2016. In the very next month, Priyank Panchal went on to stand as the solo cricketer who scored 1000 runs in one Ranji Trophy. In the 2016-17 Ranji Trophy, he finished the season by scoring the most number of runs (1310 runs) from ten matches and seventeen innings. In the next season also Priyank stood as the top run-scorer. In 2018, his name was selected in the squad for India Green for the Duleep Trophy.

In the same year, he was the leading run-scorer in the Vijay Hazare Trophy where he made 367 runs in total eight matches. In the 2018-19 Ranji Trophy, Priyank again showed his brilliant performance by scoring the highest runs. In the tournament, he made a total of 898 runs in nine matches. Later, in 2019, Priyank became the captain of the India Red team for the coming Duleep Trophy. In October 2019, he was selected for the India B squad for the 2019-20 Deodhar Trophy. In January 2021, Priyank has been named as one of the five standby players for the Test team of India against England.

The marvelously talented cricketer Priyank Panchal is making his path to the bigger stages. Throughout his life, Priyank has shown his dedication to success. He also works very hard to maintain his fitness. Priyank has mentioned in interviews that he never misses the gym schedule and the running sessions even if it is an off-season! Furthermore, he follows a strict diet and eats more veggies and fruits. Priyank has also shared that he is very fond of yoga and meditation. Now isn’t that what dedication looks like!

From his journey, we can see what a brilliant cricketer he is. Not only his family but also Priyank Panchal is definitely making the whole state proud with his awesome performance.