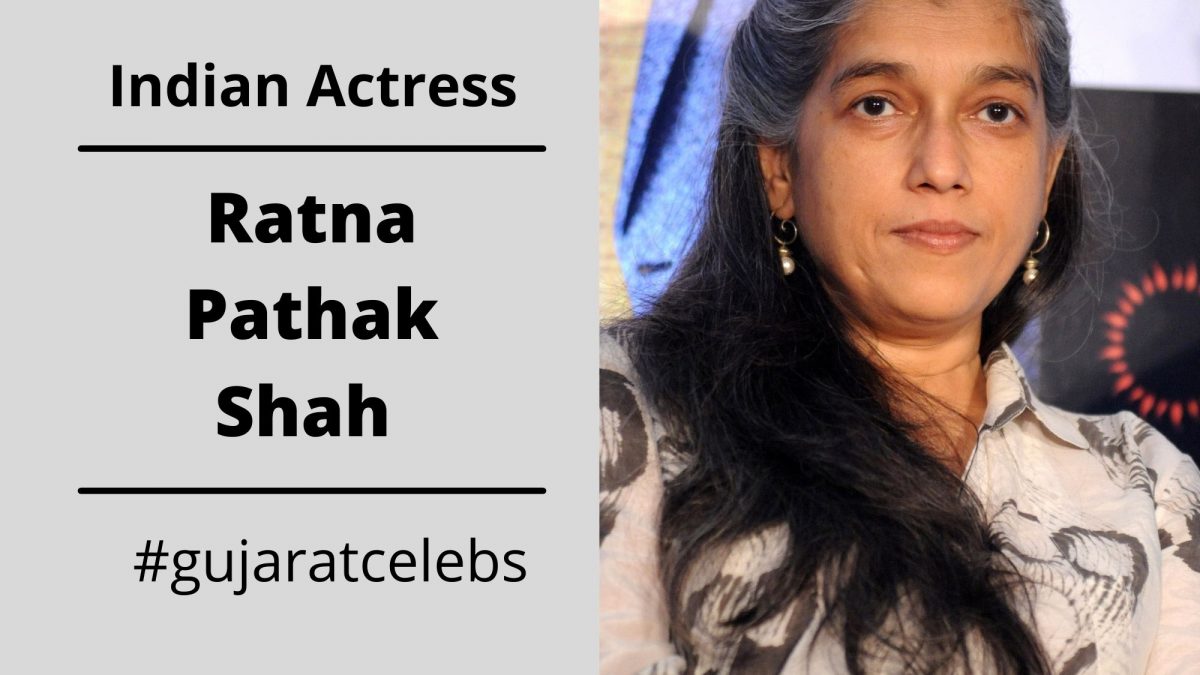 The iconic actor Ratna Pathak is celebrated throughout the nation for her brilliant screen presence and charming aura. The way she evaluates all the characters she plays shows the extent of her talent. Ratna Pathak is undoubtedly one of the best actresses in the Indian cinema industry, at the present. Check here Ratna Pathak Shah Biography, Movies, Television, Awards, Career and more.

Ratna Pathak was born on March 18, 1957, into a Gujarati family in Bombay, India. Her mother, Dina Pathak, is widely known actor who has acted in over 120 films within six decades. Ratna Pathak’s father was Baldev Pathak. Her sibling Supriya Pathak is also a well-known Indian actor. It seems that the excellence of acting flowed through blood in the family.

Ratna Pathak did her schooling at J. B. Vachha High School in Dadar, Mumbai. After finishing school, she entered the National School of Drama in Delhi.

Pathak made her OTT film debut with Amazon Prime Video’s Unpaused in 2020, though her first OTT presence was with Hotstar’sSarabhai Vs Sarabhai: Take 2 in 2017, followed by Netflix’s Selection Day in 2018. The Perfect Murder (1988), The Coffin Maker (2011), Heat and Dust (1983), and Mr. Ahmed (1995) are the English films where Pathak has eased the characters she portrayed.

Ratna Pathak was first seen on Indian television in 1985 in the Hindi sitcom IdharUdhar which was aired on Doordarshan. In the later years, she worked in multiple dramas, including Filmi Chakkar (1988), Tara (1993), Mast Mast Hai Zindagi (1996), Apna Apna Style (2000). In 2004 she starred in Star One’s sitcom Sarabhai Vs Sarabhai where Pathak played Maya Sarabhai. The show soon became a blockbuster. Her character turned out to be very famous and is still remembered. The popularity of the show made the makers create a sequel of the show. Finally, in 2017 Sarabhai Vs Sarabhai: Take 2 was screened on Hotstar.

Ratna Pathak got married to renowned veteran actor Nasiruddin Shah in 1982. The couple has two sons Imaad Shah and Vivaan Shah. Heeba Shah is Nasiruddin Shah’s daughter from his previous marriage. The wonderful husband-wife duo is admired by many.

Ratna Pathak has always been a stand out actor in Indian cinema and television. She has portrayed characters in films and dramas that belonged to various genres with different aura. The way she acts brings life to the characters. Pathak has become one of the widely celebrated actors of the present time.

To know more about great celebrities and their stories of struggle and success, keep scrolling. Don’t forget to follow the page Gujarat Celebs.