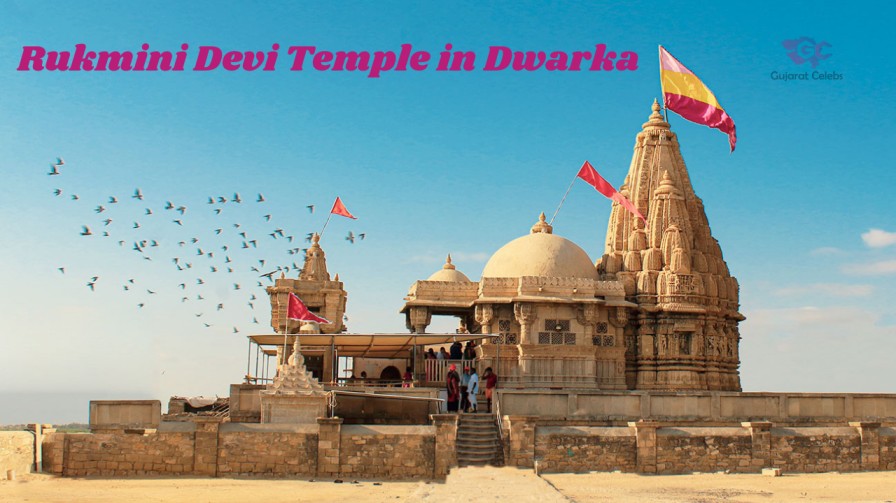 Location of the Temple

climate here is not very favorable as temperature is too high on summers and cold in winters. In summer temperature can reach up to 47∙c and winters it can come down to less than 10∙c.

Structure of the Temple

It is very beautifully decorated, though Rukmini Mata’s temple is a little small than the main temple. But the sculptures are beautifully drawn and painted. Carvings of different Gods and goddesses are engraved or drawn on the walls. The exterior is also very nicely painted. Carvings of Naratharas that is human figures and Gajatharas that is Elephants are drawn all over the ground of the temple. And the main idol of Rukmini Mata is placed at the middle of the temple hall and is beautifully decorated.

The temple of Rukmini Mata is said to be twenty-five thousand years old, but as the structures collapsed or fell due to extreme weather conditions or other nature calamities, the temple was continuously rebuilt. And is richly engraved with beautiful designs and paintings. The present structure of the temple is said to be built at 12th century. It is believed that, as all Hindu devotees take up the char dam yatra and visit places like Badrinath, Puri, Rameshwaram and Dwarka.

Rukmini Devi Temple in Dwarka is one of the famous tourist spots of India. The temple is dedicated to the wife of Lord Krihsna. The walls of the temple are very beautifully encrypted with the stories of 12th Century depicting the tales of Rukmini Devi and Lord Krishna. There is an interesting story of why the temples of Lord Krishna and Devi Rukmini are so far.

So, it is said that Sage Durvasa who was known for his anger and curses once was invited to have dinner at Lord Krishna and Rukmini Devi’s house by them. He agreed, but his condition was that, the Lord and the Devi would pull the chariot in which he will come for dinner.  So, both the Lord and the Devi went to fetch the Sage for dinner on the chariot. And on the way to home Rukmini was very thirsty and she wanted water.

Lord Krishna, stopped the chariot with his legs and water came to his feet of the sacred river Ganges and Devi quenched her thirst after drinking it. But the sage felt insulted and got very angry seeing this, as Devi Rukmini did not offer water to him who was their guest. So, in anger he cursed Lord Krishna and Devi Rukmini to live at different places far from each other.

The temple remains open from 6 in the morning till 12 in the afternoon and remain close for 1 hour and again reopens from 1 in the afternoon till 5 in the evening. As the place is very hot during summers so the best time to visit this place is from November to February.  The place is well connected by Roadway Railway as well as Airways. And one can also reach the Rukmini temple by taking a rikshaw from the main temple. One can also take a train from Ahmedabad to Jamnagar and reach the temple.

As Dwarka is the home of Krishna so is the home of Rukmini Devi, and she being an Avtar of Devi Laxmi, it is very peaceful to visit the temple and pray to her, as her blessings will help one, to prosper in life.