The Sabarmati Ashram is located in the city of Ahmedabad in Gujrat. It is situated near the bank of the river Sabarmati. It is one of the places where Mahatma Gandhi stayed.

The ashram was also known as Gandhi ashram or Harijan Ashram. The untouchables who belonged to the lowest strata of the society, who were considered to be the impurest of all, were given the name of Harijan meaning children of God by Gandhiji. He lived in Sabarmati for 12 years, with his wife Kasturba Gandhi. The ashram was open for all, the place was very well-maintained and things were done following the Schedule. 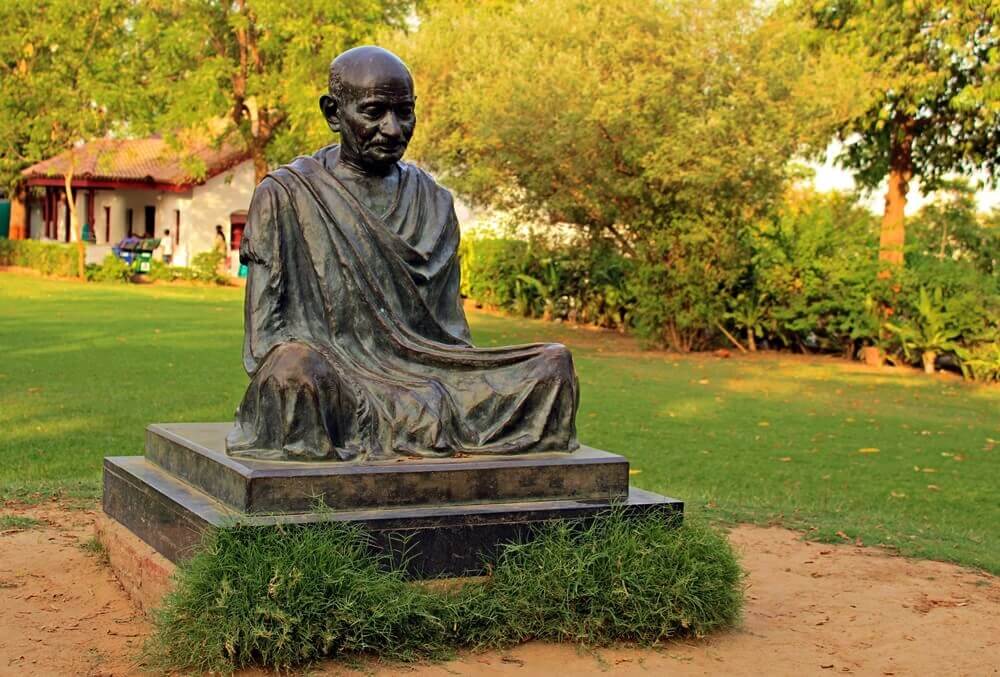 The holy book, Bhagwat Gita was recited daily in the ashram as a part of custom or ashram schedule. As he was working against the British to free India from the British rule, so he had to travel a lot from one city to another or from one country to another, in order to meet other freedom fighters and to carry on the movements against the British, but when he was not traveling or not in jail, he used to mostly stay in Sabarmati Ashram.

Gandhiji started a Satyagraha movement, known as “Dandi March”, which was again a movement against the British, which was initiated by Gandhi Ji to boycott the salt as the British increased taxes on the salt in order to increase their profits. So, he wanted to produce salt from the sea on their own and use it for daily purposes. The march started from here itself with many 79 followers of him. But later many people joined in.

But more than 60,000 people were arrested due to this opposition against the British and as that the British were ruling the country and they could set up any rule they wanted to, so they could put into jail anyone without any trial. So, the movement had to be stopped as all were put behind bars. And later the Ashram was also taken by the Government, and Gandhi Ji left with a vow to never come back to the Ashram before India gains independence.

Places to visit inside the Ashram-

The Ashram now is converted into a museum. Some buildings inside the Ashram are named Nandini which is an old Ashram guest house, where now people who visit can stay, Vinoba Kutir which is named after Acharya Vinoba Bhave who stayed here, Upasana Mandir where prayers were being carried out then, Magan Niwas where Maganlal Gandhi, the cousin of Gandhi Ji stayed.

The Museum consists of many art galleries, which have mainly photos of Gandhi Ji’s contribution, some historic moments. Some relics, letters, and quotations of Gandhi Ji. It also has a library that consists of nearly 35000 books, which is related to Gandhi Ji’s life works and his contributions. An important place in the Ashram is the “Hridaya Kunj” where Gandhi Ji used to stay and some of his personal relics or things he used are displayed.

How to Visit/ Timings-

The ashram almost receives 700,000 guests a year approximately. It is open every day from 8 in the morning to 7 in the evening. A walking tour of 90 minutes is also available for the Ashram if anyone book the tickets prior. The Ashram is not very far from the city center, so anyone can take a cab to cover the mere 5 Km distance, or anyone can take a bus or a cab from Ahmedabad station which is almost 7 km from the Ashram. The place has a lot to learn about the past of our country and Gandhi Ji’s contribution to our country.