Home > Famous personality > LIVE THE JOURNEY OF PADMA SHRI SARITA JOSHI: FROM HER CHILDHOOD TO DEBUTING ON OTT PLATFORM in 2021, HAVE A LOOK AT HER PANORAMIC LIFE! 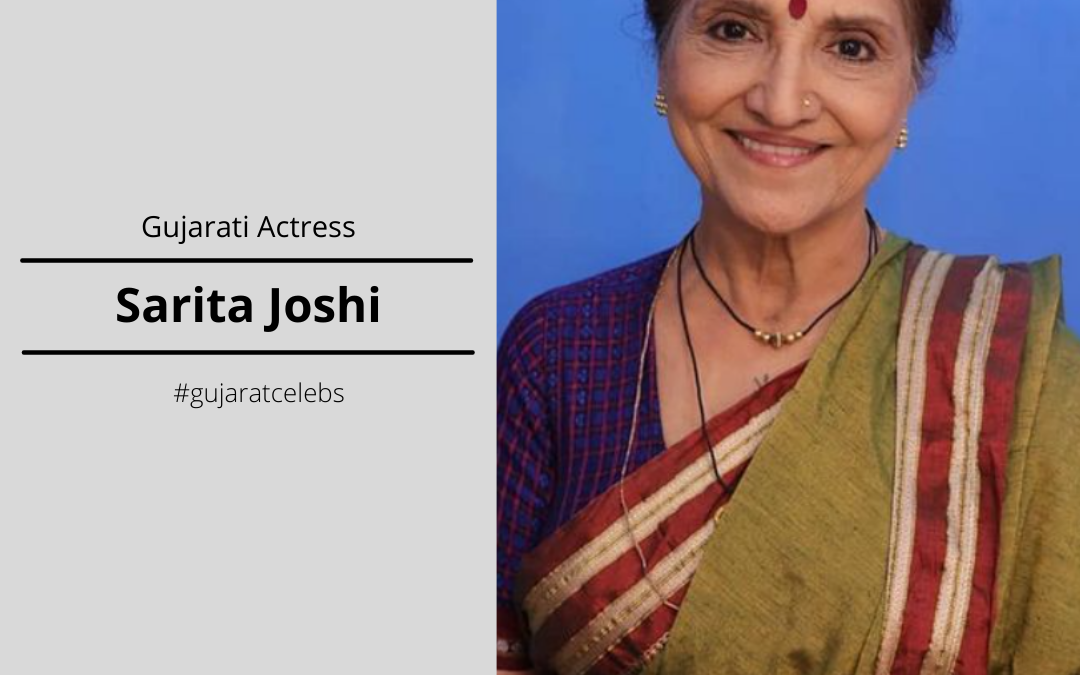 LIVE THE JOURNEY OF PADMA SHRI SARITA JOSHI: FROM HER CHILDHOOD TO DEBUTING ON OTT PLATFORM in 2021, HAVE A LOOK AT HER PANORAMIC LIFE!

There are actors who shine through the television and then, there are some because of whom the television shines. Sarita Joshi is one such exceptional personality who has been working in the Indian Television industry for decades. From beginning her acting career as a child actor to being awarded the Padma Shri, Sarita Joshi has contributed a lot to the industry. We have seen her supportive motherly side to her negative grandmother’s one throughout the years. Currently, with Anupamaa, Sarita Joshi is again winning hearts through her excellent acting. Now let’s have a look at how Sarita Joshi’s life has been…

Sarita Joshi befriended the stage at the age of nine!

She was born on 17th October 1941, in Pune, to Bhimrao Bhosle and Kamlabai Rane. Even though Sarita Joshi belonged to a middle-class Marathi family, she spent her childhood at Vadodara. Because of the economic crunch, she started acting on stage with her sister Padmarani at a very young age. In the beginning, Sarita Joshi used to take part in traditional theatre but later started working with several big names like Shanta Apte.

Sarita Joshi bagged her first lead role when she turned sixteen. Even she found the love of her life, Pravin Joshi while performing in the Indian National Theatre Gujarati. Later, she got married to director and playwright Pravin Joshi. They are now parents to two daughters, Ketki Dave and Purbi Joshi, both of whom are talented actors like their mother.

In the 1980s, Sarita Joshi made her television debut with Titliyan which was directed by Nadira Babbar.

In the following decade, she acted in various television shows including Zee Tv’s one of the most popular shows Hasratein. In the television drama Baa Bahoo Aur Babe, Sarita Joshi was showered with immense love. Her character Baa aka Godavari Labhshankar Thakkar stole the limelight. Its amazing storyline and the very talented casts made the show a popular hit.

2005’s Khichdi is yet another bright star in her crown as she made a guest appearance in the show. From Ek Mahal Sapno Ka to Kuch Kook Hota Hai, Sarita Joshi has always been the queen of her story. In all the famous shows she has starred in all over the years, Sarita Joshi has never played roles that might stereotype her into one particular genre. In a recent interview with a popular media house, she mentioned that she does not do repetitive roles. And she denies if she receives offers to play the same kinds of characters.

Chand Chupa Badal Mein (2010), Byaah Humari Bahoo ka (2012), Bh Se Bhade (2013), Khidki (2016) are some of the many television shows that stand as proof of Sarita Joshi’s astounding performance. Meri Aashiqui Tumse Hi (2014) is one of the most popular ones. Her character Hansa Parekh showed a different side of Sarita Joshi’s acting. She eased the negative role and yet again proved that she can fit in any kind of role.

Sarita Joshi has acted in numerous films during her acting career.

Over the years Sarita Joshi has worked in many films both in the Hindi and Gujarat Film industries. She made her debut with Parivaar in the year 1967. Some of the most famous ones where Sarita Joshi left her footprint are Karm Yodha (1992), Guru (2007), Bollywood Beats (2010), Singham Returns (2014), and Simmba (2018). Sarita Joshi has recently been seen in the horror-comedy Roohi (2021) where she played the astounding character of Budhiya.

She has received many awards over the years for her magnificent acting and amazing contribution to the industry.

Sarita Joshi has been awarded the Sangeet Natak Akademi Award in 1988. For playing Baa in Baa Bahoo Aur Baby, she received the IDEA Indian Television Academy Awards for the ‘Best Actress’ category in 2007. In the same year, Transmedia honoured her with the Lifetime Achievement Award for Gujarat Theatre. In 1998, Gujarat Government honoured Sarita Joshi’s brilliance with Gujarat Government Award. Throughout her journey in the industry both in Hindi and Gujarati, Sarita Joshi has won awards several times. In 2020, the Government of India awarded her the Padma Shri which stands as the fourth highest civilian award in India.

AGE IS NOTHING TO THE PHENOMENAL ACTOR!

Even at the age of 79, Sarita Joshi is continuously working. Recently she has made her OTT debut with Eros Now’s Metro Park 2 in January 2021. In the series, she has been seen acting alongside her daughter Purbi Joshi. Time and again the audience has seen her fine performance and Sarita Joshi is still walking with the same energy and aura of her inspiring a whole generation of actors and dreamers.

Bhoomi Trivedi is undeniably one of the finest singers of Indian cinema. Her energy-filled mesmerizing voice can make the world…

Finally, Rehan Chaudhary’s immensely awaited film Dhuandhaar has released on September 17. The amazing thriller is bound to make the audience…