The Somnath Jyotirlinga Temple which is also known as Deo Patan is situated in Prabhas Patan near Veraval in Saurashtra on the Western Coast in the city of Gujarat in India. The temple is located beside the Arabian Sea. 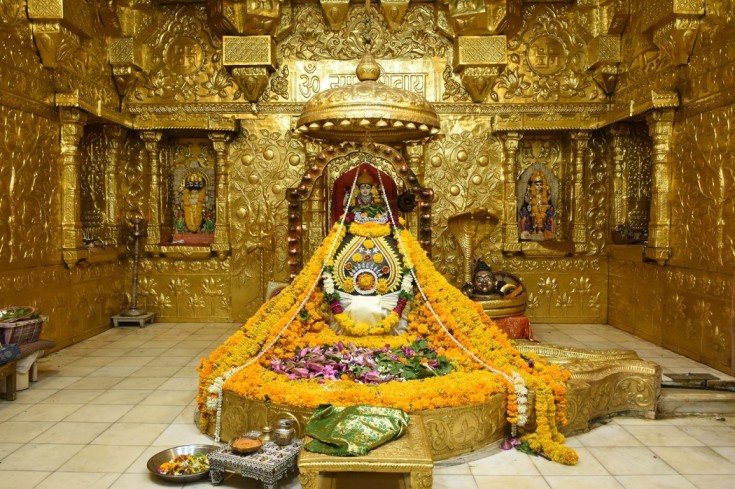 The temple is a very well-maintained place and very beautifully designed in Chalukya style. After the Ghazni invasion when all the temples and heritage places were destroyed, after many years the Chalukya’s decided to reconstruct it. The temple has a very beautiful gate and after entering, comes a very elegant and well-designed garden with varieties of flowers and trees in it. The walls have horizontal row moldings running around very nicely. In the walls, different figures from Hindu mythology are very nicely engraved. The outside walls are designed with very innovative jaali-works. And the whole temple is decorated with stunning Sculptures kept all around. Overall the place is very delightful and well-preserved.

The Shree Somnath Jyotirlinga is the first Jyotirlinga shrine. The temple has gone through numerous numbers of destruction, due to many invasions and many natural calamities, but every time it got destroyed, people were ready to rebuild it. It is said that Mahmud of Ghazni looted all the gold in the temple and burned the wooden temple, and also killed 50,000 devotees who opposed him. The temple was then again rebuilt and got destroyed by the Portuguese. The temple got destroyed 6 times in total by the Delhi Sultanates like Aurangzeb, Khilji, and many others. Aurangzeb also ensured that no one came to offer prayer in this temple. Lastly, Sardar Vallabhbhai Patel took the initiative and built the temple for the 7th time in 1947.

A light and sound program takes place at night in the Somnath Temple, where the mythology behind this temple is narrated. It is said that Moon prayed to Lord Shiva and he himself established this Somnath Jyotirlinga. Then he was married to 27 daughters of Daksha but did not like anyone. He was only devoted to Rohini. But as Moon was not giving attention to all his daughters, he got upset and cursed Moon that he will lose all his lusture, and as said the Moon started to fade away. So, he came down with his wife Rohini to Lord Shiva and prayed to him. He told him that Daksha who is also the father-in-law of Lord Shiva has cursed him, Shiva then removed his curse after getting impressed with his devotion and prayer. Moon then takes a bath in the Sarasvati river and he again starts to glow clear in the sky. So, this place gets the name Prabhas, which means Shine. The temple is said to be constructed by Moon himself and it was all made up of Gold.

Places to visit near Somnath Temple–

There are a lot of places to visit, nearby, like the Laxmi Narayan Temple, Triveni Sangam, and many other temples like Hanuman temple, Kamnath Temple, Brahma Kund, etc. The Sunset is a special attraction of this place, especially in the winters. People can sit on the beach to enjoy the sunset. The sun looks super huge and completely reddish and clear. And as the Sun goes down drums are beaten to announce the Sandhya aarti. The place is very calm and one can sit and pray for how long they want to.

How to Reach/ Timings-

The place is well connected to a lot of cities; it has a bus station that is connected to many parts of the state. The Dwarka bus stop is also very near, one can take an auto or rickshaw from Dwarka to reach Somnath Temple. The nearest Railway station is Veraval which is 10 to 12 km from Somnath temple. And the nearest airport is Diu. The temple has three guest houses which are maintained by the Somnath trust. And all are walkable distance from the temple. There are safety locker rooms outside the temple as cameras or phones or any leather things are not allowed inside. Before entering the temple there is a huge place where people can sit and feed pigeons. But after that comes the main security check, and no electronic devices or purse is allowed inside. And the shoes are also needed to be deposited at the shoe racks. Then the wide-area comes from where the main complex of the temple starts. The aarti at 7 pm is very beautiful. The entire temple is decorated with light. Abhishek goes on almost continuously in the temple. The place is very peaceful and beautiful.