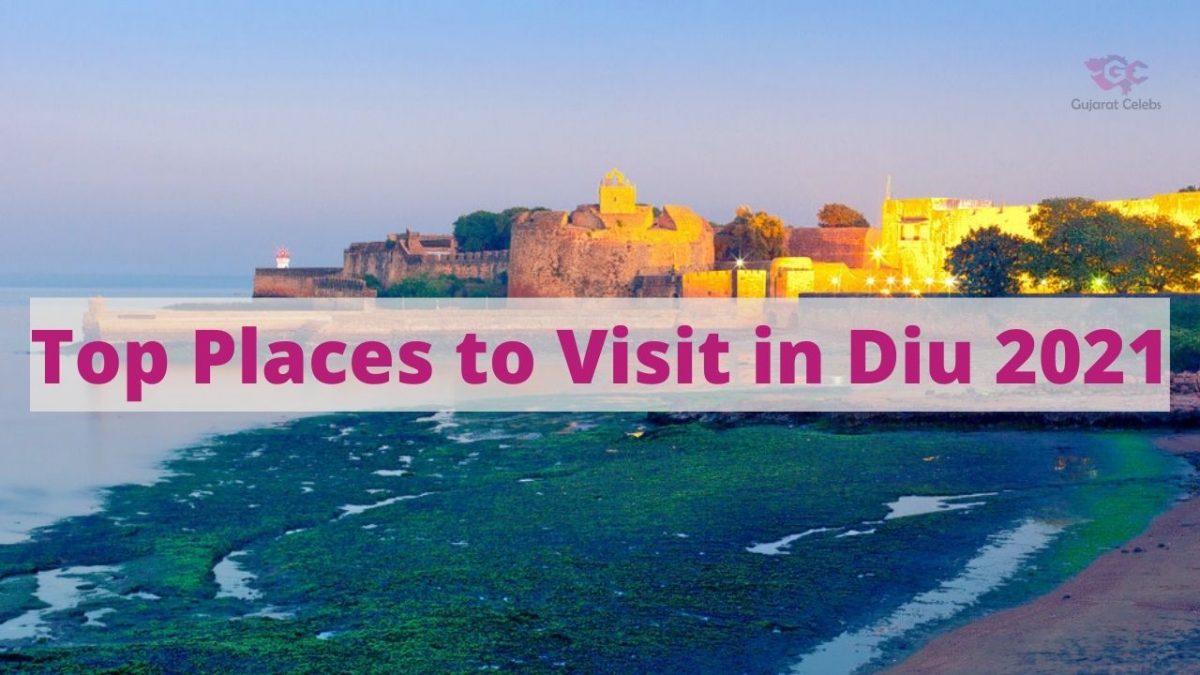 The breathtakingly beautiful Portuguese colony, Diu is sited on the Western coast of India. It is a union territory that still represents the milestones and ruins of the time when the Portuguese settlers reigned. To the tourists, the place offers a combination of Indian lifestyle and past culture. It takes about 3 to 4 days are to tour the place. Although the best time to come here in the winter between November and February.

There are multiple places to visit in Diu. A list of several tourist attractions is given in the following. To get to the best sites check it.

Nagoa beach is 5 kilometers far from the city center, the serene beauty of the beach will surely take your breath away. The place is a combo of numerous palm trees, a cool breeze, white sand, and pristine blue water. In case you want to spend a little more time than just walking on the shore, there are many resorts. You can easily relax here for a day or two.

Diu Fort is known as the ‘Praca de Diu’, the fort was built during the Portuguese rule around the year 1535. The centuries-old castle is situated at the aperture of the Gulf of Khambat. It is on the southern slope of Gujarat. You can experience the touch of history and age-old ruins here.

Chakraborth Beach is known as the ‘sunset point’ of Diu due to its impeccable beauty during sunsets. A mesmerizing hillock with an amazing view of the Arabian Sea is an obvious visiting site. Spend an afternoon here to witness the natural beauty.

Naida caves situated near the Diu Fort, Naida Caves offer a worth remembering walk in the huge web of tunnels. The structures were formed during the Portuguese era when they were breaking a huge rock foundation for construction. That caused the caves to form with time. Now, it has turned into a great pathway to walkabout.

Sea shell Museum is the only shell museum in Asia and one of the very few in the world. The museum is a house to showcase numerous unique shells that were collected by Captain Fulbari during his travels around the world. The place was made by him to show the differences in the shells.

Panikot Fort is used to be Diu Jail in the past. It is also known as the ‘Fortim do Mar’. To reach the historic build you need to ride on a canoe or ferry, as it is located in the middle of the sea. While visiting the fort, make sure you take a detour to the chapel and lighthouse nearby.

Zampa gateway with an artificial waterfall added to the amazing structure, this place is a must-visit landmark in the northern Diu.

Diu Museum is best known as St. Thomas Church, the place is a famous tourist spot. Built-in 1598, the church was transformed into a museum later. With beautiful gardens, amazing lighting decorations, the museum showcases 400 years old statues and the history of Portuguese rulers.

Jallandhar Beach is the place is located near the city center. It also has a temple of Devi Chandrika and a memorial of Demon Jalandhar. You can find adventurous water sports here.

Church of St. Francis of Assisi –

INS Khukri Memorial during the war in 1971, an Indian Naval ship drowned in the sea around the area. This place was built later, in memory of the soldiers who died. Similar to the model of the ship INS Khukri, a glass closed case was made so the visitors can know about the happening.

Pani Kotha is also known as Fortim do Mar, the fort was built in the structure of a ship in the 12th century to mislead the invaders. The place is worth visiting as you can witness a surprising ship-like fort in the middle of the water.

Ahmedabad Mandvi Beach with a stretch of 6 kilometers, the less crowded beach is an amazing beauty. The beach is near Ghogla Beach. To avoid the crowd and hullaballoo there, you can easily travel here. Water sports and Dolphin watching can also be experienced from here.

Gomtimata Beach is also one of the beaches with the best view and calm surroundings in Western Diu. Gomtimata temple is situated near the beach. You can relax in a calm environment. The white sand and blue Arabian Seawater will accompany you throughout.

Gangeshwar Mahadev Temple is 3 kilometers away from Diu, the temple has five Shivalingas. According to myth, the lingas were placed by the Pandavas during their exile. The temple is popular among the believers, and many visitors come here to worship and take blessings.

Undoubtedly Diu offers many worth visiting sites, where being a tourist you will never be let down. The place welcomes the visitors with open blue water and a calming sea breeze. A few day’s trip to Diu will soothe your mind and body, and you will be leaving with great memories worth recollecting.